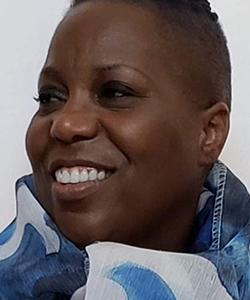 Sociologist, Bertice Berry, PhD, is, a bestselling author and award-winning lecturer who has been named Comedian of The Year, Lecturer of the Year, and Entertainer of the Year. She has published 11 bestselling books in both fiction and nonfiction, and has won numerous awards and accolades for both her writing and presentations.

Berry had her own nationally syndicated television show and has hosted, interviewed, and made numerous television documentary and radio appearances on a variety of diverse venues, including The Tonight Show, Oprah Winfrey, Between The Lions, Crossfire, 20/20, NPR, PBS, Comedy Central, and CNN.

Berry has used her unique gifts and talents as a writer and ghost writer for others on a wide range of topics including race and gender issues, sociological studies, stratification, healthcare reform, humor, spirituality, sexuality, slavery and the abolitionist movement, weight loss and wellness, relationships, servant leadership, transformational leadership, diversity, and love.

Berry has led parades, had classrooms named after her, and been awarded more than 10 honorary doctorates. She earned her own doctoral degree from Kent State University at the age of 26 and still sees her most fulfilling achievement and role in life as that of mother to her five adopted children.

“If you ain’t dead, you ain’t done,” a character in one of Berry’s novels says.

Berry believes that every one of us has been given a unique purpose and it is our obligation to find it and use it to improve first ourselves and those we live and work with.