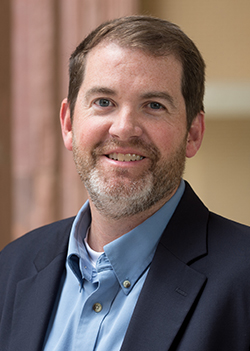 Travis Maynard, Ph.D.is a Professor and Associate Dean of Graduate Programs within the College of Business at Colorado State University (CSU). Travis earned his Ph.D. from the University of Connecticut in 2007. Travis has conducted extensive research in the area of organizational team effectiveness with a special emphasis on the role that team context has on team interactions and outcomes. In particular, Travis has conducted several research projects examining teamwork within healthcare settings. His work in this area has also been published in numerous outlets including the Academy of Management Journal, and the Journal of Applied Psychology. Travis’ experiences with healthcare teams has led him to become increasingly interested in teamwork in extreme contexts. Accordingly, he has conducted research projects involving law enforcement personnel as well as teams within military contexts. Likewise, Travis is working on a project with NASA examining team adaptation and resilience and is starting several projects that will examine teamwork in other extreme contexts. As a result of his cutting-edge research as well as his teaching activities, Travis has received a variety of awards including being named a Fulbright Scholar as well as a Global Teaching Scholar at CSU.