Due to an increase in recent call volume, wait times for inbound calls have been longer than usual.
Our members are very important to us as are their questions and inquiries.
We will get to your call as soon as we can; please email [email protected] at any time for additional assistance.
AAHA AAHA publications NEWStat New Partnership for Preventive Pet Healthcare formed

The Partnership for Preventive Pet Healthcare (PPPH) was announced July 18, 2011, at the American Veterinary Medical Association (AVMA) convention in St. Louis, by AAHA President Michael Moyer, VMD, and AVMA CEO W. Ron DeHaven, DVM, MBA. DeHaven said that like the crew and support team of Apollo 13 (which is where the phrase "Houston, we have a problem" originated from), the PPPH was formed to bring the profession together to find solutions to some of the industry’s most pressing problems. 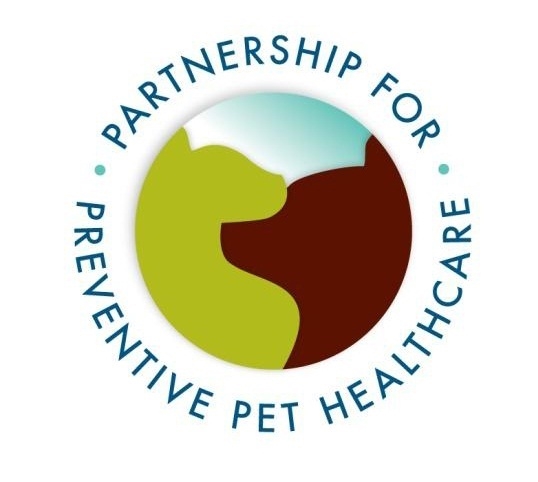 Citing the Banfield Pet Hospital State of Pet Health 2011 Report, the presenters pointed out that the prevalence of several preventable diseases has increased over the last five years. For example, the study showed a 30% rise in the prevalence of internal parasites in dogs, and a 32% rise in cases of diabetes in dogs. Cats showed a 16% increase in flea and tick infestation, and a 10% increase in dental disease.

Recent data from the Bayer Veterinary Care Usage Study conducted by Bayer Animal Health, Brakke Consulting and the National Commission on Veterinary Economic Issues (NCVEI) and other studies have shown a drop in veterinary visits in recent years. The reported increase in pet health problems and declining visits was one of the main reasons for the formation of the partnership.

One of the short-term goals of the PPPH is to release Preventive Healthcare Guidelines for dogs and cats. The guidelines were developed by a task force assembled by AAHA and the AVMA, and will be published in the journals of both associations, as well as in other publications this fall.

The PPPH is comprised of 16 veterinary organizations including associations and animal health companies.

The organization has five key objectives:

Over the next few years, the PPPH will continue to communicate its findings on the negative trends in the veterinary profession; disseminate the Preventive Healthcare Guidelines; provide tools for practices to use; and begin consumer-directed initiatives to reach out to pet owners.

For more information, go to www.pethealthpartnership.org