Due to an increase in recent call volume, wait times for inbound calls have been longer than usual.
Our members are very important to us as are their questions and inquiries.
We will get to your call as soon as we can; please email [email protected] at any time for additional assistance.
AAHA AAHA publications NEWStat Anti-infective research aims to disable pathogens’ T3SA 'injection nanomachine' 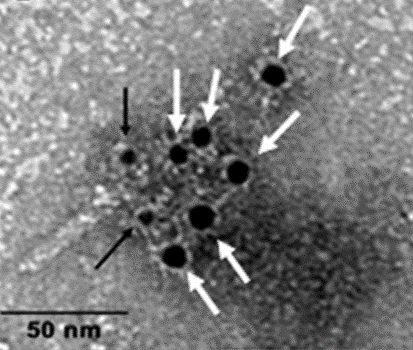 In the face of antibiotic resistance, a new wave of researchers has abandoned the quest for a bigger, badder antibiotic agent to kill or slow the growth of pathogenic bacteria. Instead, these pioneers are exploring ways to develop anti-infective agents that will disarm bacteria or disrupt their workings.

Basic research targeting virulence factors shows promise on two fronts. Disabling a pathogen’s ability to attach to or invade cells, for example, could lead to development of both anti-infective agents and vaccines.

Susan Egan, Ph.D., chairperson of the Department of Molecular Biosciences at the University of Kansas, and Wendy Picking, Ph.D, professor in the Department of Pharmaceutical Chemistry at the University of Kansas, discussed their research at last week’s Kansas City Animal Life Sciences Institute symposium, “Antibiotics: Taking the Path of Least Resistance.”

Egan’s work, aimed at disabling virulence factors, was previously reported in NEWStat. Picking aims to use bacterial virulence proteins as components in vaccines against Gram-negative enteric pathogens like Shigella and Salmonella.

To that end, Picking is taking on the “big guns.” Simply put, she intends to send a pathogen’s “injection nanomachine,” or type III secretion apparatus (T3SA) to the junkyard.

The T3SA is a syringe-like structure that a pathogenic bacterium builds. The structure is embedded in the membrane of bacterium; the bacterium uses the syringe to inject proteins into a healthy cell. The proteins alter the healthy cell’s normal processes to promote invasion of the cell or otherwise benefit the pathogen. See an electron micrograph and diagrams of T3SA.

Picking’s research uses two of the proteins in the T3SA’s needle-tip as protective antigens in a vaccine against the diarrheal pathogens Shigella and Salmonella.

Though Picking is passionate about controlling diarrheal disease among children living in Africa, her work has implications for a host of Gram-negative bacteria that infect animals.

Since the T3SA was first observed in the 1990s, it has become a rich and promising area of research and a source of hope for those, like Picking, are racing to develop new tools to fight old pathogenic foes.

In “Type III Secretion: More Systems Than You Think,” authors Paul Troisfontaines and Guy R. Cornelis explain, “T3S systems evolved into several families that were distributed among Gram-negative bacteria by horizontal gene transfer. There are probably a few hundred effectors interfering with control and signaling in eukaryotic cells and offering a wealth of new tools to cell biologists.”

To learn what you can do to control antibiotic resistance:
AAFP/AAHA Basic Guidelines of Judicious Therapeutic Use of Antimicrobials (Revised January 2014)