COVID-19 Update: AAHA staff is currently working remotely and will support our members virtually. All orders are currently shipping as normal.
Click here for more information.
AAHA Are you smarter than a specialist? Find out this May at Connexity AAHA publications NEWStat Dog treats recalled due to possible Salmonella 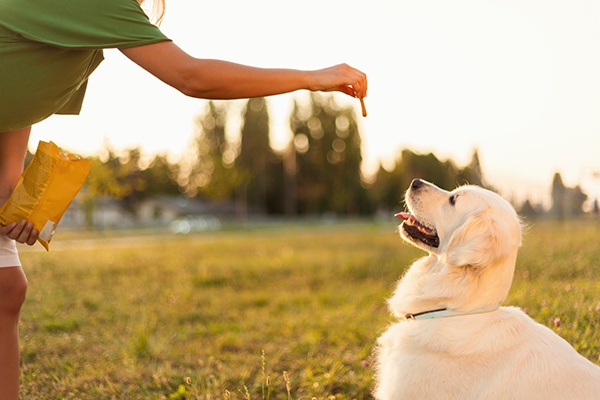 Jump Your Bones, Inc. of Boca Raton, Fla. is voluntarily recalling Jump Your Bones brand name "Roo Bites (Cubes)" because it is potentially contaminated with Salmonella. The affected lots of Roo Bites are identified by the UPC code: 63633010041 for 80g. / 2.82oz., including samples of .32 oz.

No pet or consumer illnesses from this product have been reported as of December 31, 2014 when the Federal Drug Administration (FDA) released the notice.

As a footnote, Salmonella was named in honor of veterinary pathologist Daniel Elmer Salmon, who earned the first DVM degree awarded in the United States and spent his career studying animal diseases for the U.S. Department of Agriculture, according to Wikipedia. His assistant, Theobald Smith, discovered the bacterium in 1885.