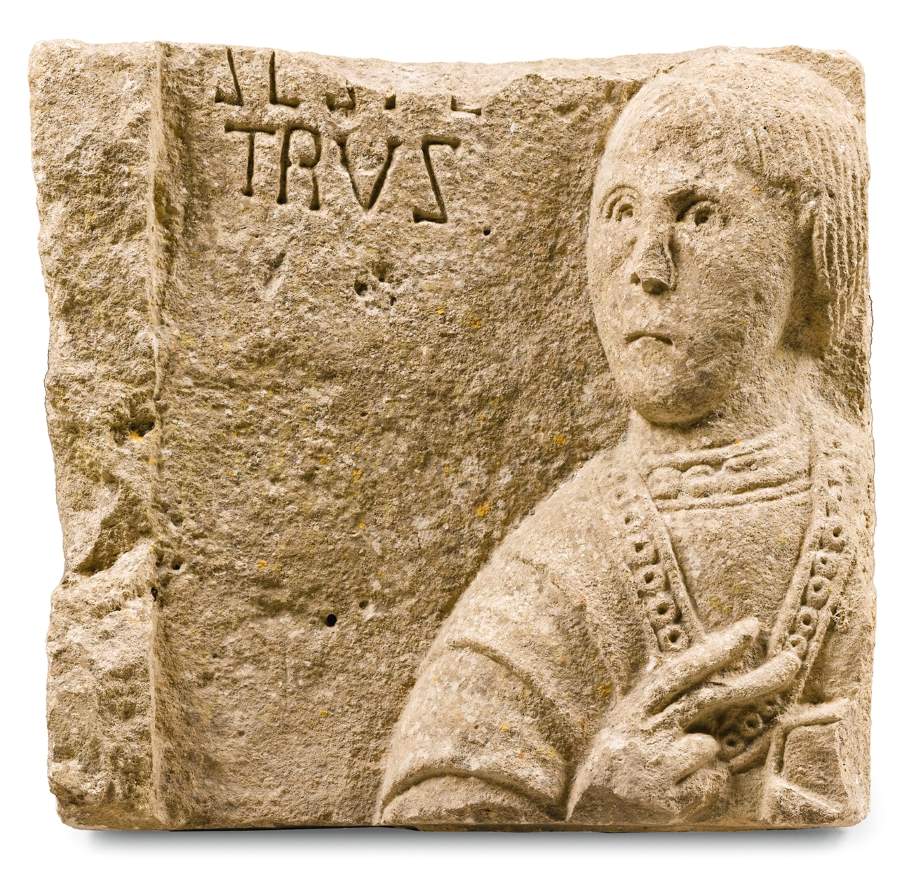 On January 17, an Anglo-Saxon limestone carving of St. Peter, dating back to AD 1000, went on display at the Museum of Somerset, located in Taunton Castle, in Taunton, Somerset, England. The 18-by-17-inch sculpture had been discovered some time ago by Johnny Beeston, a stonemason, who had installed it in his rock garden in Dowlish Wake near Ilminster, about 15 miles from the museum, and used it to mark the grave of Winkles, a stray cat he had adopted.

When Beeston died in 2004, Chris Brewchorne, potter and local historian who had a pottery shop across the road from the Beestons, recognized the sculpture as a rare surviving pre-Conquest carving. Mrs. Beeston was willing to sell the piece to the museum for a nominal fee but at the time, the museum couldn’t afford it.

The sculpture was then sold at a Sotheby’s auction to Milwaukee native, timber and oil heir, art collector and all-around eccentric Stanley J. Seeger for $386,628. Seeger died in 2011 and the piece again was on sale at a Sotheby’s auction in March of 2014 for a modest $114,532. The museum bought it with grants from various funding organizations.

"Sadly . . . we don’t know exactly where [the stonemason] found the sculpture," said Steve Minnitt, Head of Museums for the South West Heritage Trust. "But the oolitic limestone is typical of south Somerset so we can be fairly certain that it was created for a local religious building. Muchelney Abbey lies close by and is one possible place of origin. The abbey was dedicated to St. Peter and St. Paul."