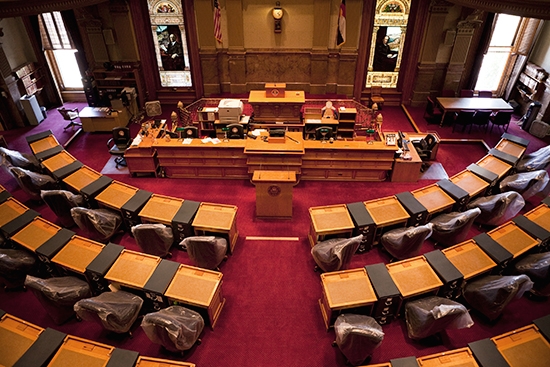 On March 18, the Colorado Senate Agricultural Committee will hear testimony on House Bill 15-1187, passed by the Colorado House on Feb. 20.

The bill authorizes the state board of veterinary medicine, if it believes a licensed veterinarian is unable to practice due to mental illness, alcoholism, or drug or controlled-substance use, to require the veterinarian to submit to a mental health exam.

The bill also allows veterinarians to have the same protection that dentists and medical doctors have—they can seek professional assistance without the risk of losing their licenses while in treatment.

Aubrey Lavizzo, DVM, and owner of AAHA-accredited animal hospital The Center for Animal Wellness in Denver, has been an advocate for the bill ever since he learned about it. In fact, Lavizzo testified before the House Agricultural Committee prior to its 12-0 approval, which then sent it to the floor of the House for the Feb. 20 vote.

"I wanted to explain the why of the bill," said Lavizzo. "And I used AAHA’s Trends magazine addiction survey numbers to get their attention."

In April and May 2013, AAHA’s Trends magazine ran a two-part series on the prevalence of addiction in the veterinary industry, based on an addiction survey it conducted.

Survey results indicated that 56% of respondents had worked with a veterinary professional (identified as a veterinarian, technician or practice staff) who had a substance abuse problem. Nearly 66% of those who used drugs or alcohol did so at work.

"Many of the students I mentor are already on anti-anxiety and anti-depressant medication when they enter the program," said Lavizzo. "Add to that the stress of high student debt and income pressures, and you’ve got the perfect storm. The Legislature needs to be aware of that."

The Colorado Veterinary Medical Association (CVMA) originally approached Rep. Steve Lebsock about introducing the bill. Lebsock is the bill’s sponsor in the House. He is one of several Colorado representatives and senators in the Colorado Legislative Animal Welfare Caucus (CLAW Caucus), and has annually introduced a bill that supports animal welfare and animal welfare organizations in Colorado.