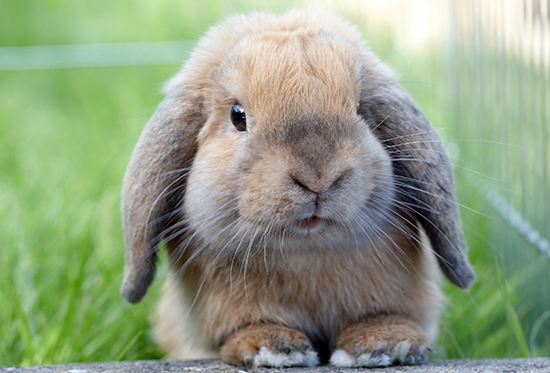 Tonight, in New York City, the annual Bunny Beauty Pageant, part of a five-day Full Bunny Contact carnival, takes place. Bunny-lovers from all over the city are expected to turn out.

Todd Hanebrink is one of them. A 35-year-old performing artist, Hanebrink owns three rabbits as pets and gives them full run of his New York apartment. He even walks them. “I’m turning into a creepy cat lady, but with rabbits,” Hanebrink told New York Daily News.

He’s not the only one.

“Back in the 1990s and 2000s, it was ferrets,” said Fisher. “But rabbits have overtaken them by leaps and bounds (no pun intended).

“Across the country, my exotics species practitioners are seeing the same thing: birds are dropping, reptile and companion mammals are growing, and rabbits are [becoming] the most popular ECM right now.”

There may be good reason for that, notes Fisher. As more people downsize to condo and apartment-style living, rabbits become more suitable pets.

Rabbit owners are also educated, and ready to invest in their pets.

“[Rabbit owners] are looking for the best in health care for their beloved pets and are willing to seek out rabbit-savvy veterinarians and spend whatever it takes on good health care.”

Fisher’s practice recommends rabbits get annual wellness exams. His practice also offers such practicalities as determining the sex of a client’s rabbit, spaying or neutering, and dentistry.

According to 2012 pet ownership statistics by the American Veterinary Medical Association (AVMA), with the exception of fish, rabbit households outnumber all other ECMs at 1,408. Those households, in sum, have a total of 3,210 rabbits. That’s 2+ rabbits per household.

But maybe that’s because rabbits are social. They’re also a lot of other things.