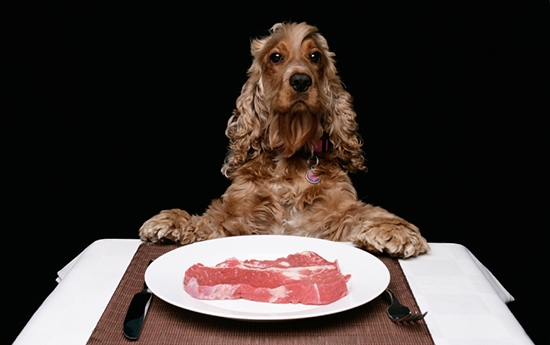 Organic fare, specialty diets, and eating raw are some of the top pet food trends, according to The Bark. And while it’s difficult to argue with organic food, or putting Fido on a diet, what about feeding him raw food? Is it safe?

The U.S. Food and Drug Administration (FDA) is attempting to answer that question.

This month, the FDA published new data that revealed the relationship between Salmonella and raw pet food.

Of the nearly 3,000 dogs and cats tested, fewer than 100 tested positive. Those that did were more likely to have eaten raw meat, reported the National Institutes of Health (NIH) / U.S. National Library of Medicine’s MedLinePlus.

The FDA also noted that dogs can transfer the bacteria into their environments without pet owners being aware of it. (Half of the dogs that tested positive showed no physical signs of the bacteria.)

The study was conducted under the umbrella of the FDA’s Veterinary Laboratory Investigation and Response Network (Vet-LIRN). It partners with 34 state and university labs across the United States to investigate concerns by pet owners. For this study, 11 of the Vet-LIRN labs focused specifically on Salmonella infections in dogs and cats.

In a separate action, the FDA has assigned field staff to collect samples of raw cat and dog food from retail stores, reported the FDA Law Blog.