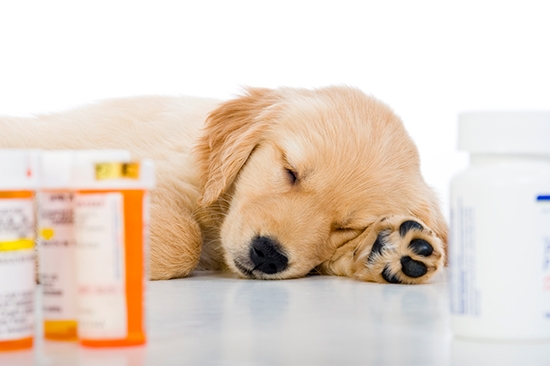 It’s a modern-day tale of David and Goliath.

On May 27, the Federal Trade Commission (FTC) issued a 121-page report on the pet medications industry, recommending more competition, to the benefit of big business and the detriment of small veterinary practices.

To provide some context, retail sales of pet medications was nearly $8 billion in 2013 and is expected to grow to $10.2 billion by 2018, according to Packaged Facts and cited in the report.

The report, which relied on information gathered, in part, from an October 2012 workshop, concluded that consumers should have access to generic drugs and “portable” prescriptions they could fill at other than their veterinarian’s office, such as big box stores and online retailers. Non-veterinary retailers should also have access to pet medication supplies.

That’s the good news. The bad news is that the report sets the stage for future legislative and regulatory action.

In fact, the FTC was prompted to study the pet medication industry and its competitive landscape when Senate Bill 1200 (SB1200), the “Fairness to Pet Owners Act,” was introduced several years ago.

That bill would require veterinarians to automatically provide written or electronic prescriptions to their clients, even to those who didn’t ask for one.

Alas, the solution, suggested in the FTC report and stated in SB1200, is in need of a problem.

Pet owners already have access to portable prescriptions. All they have to do is ask. In fact, many states protect consumers to insure they can ask. And most veterinarians are willing to provide them with such prescriptions.

Federal laws like SB1200 will benefit big box retailers and impede small veterinary practices that will have to implement regulatory practices, incur the overhead, and no doubt lose some of their pet medication income in the process.

There’s also another issue--pet safety and health--which is why the American Animal Hospital Association (AAHA) stands with other major veterinary organizations such as the American Veterinary Medical Association (AVMA) in maintaining that prescriptions are safest for pets when received directly from a veterinarian.

“At AAHA, we strongly believe in keeping pets healthy and giving pet owners access to the life-saving medications their pets need,” said Michael T. Cavanaugh, DVM, DABVP, and AAHA’s Chief Executive Officer.  “We believe that prescriptions are safest for pets when they are received directly from a veterinarian due to the unique relationship between a veterinarian and their animal patient.

"AAHA will always advocate for pet owners to order medications directly from their veterinarian in order to reduce the margin of error that can lead to mistakes in dosaging or medication types.

"Ultimately, there is no need for further regulation on this issue,” said Cavanaugh. “Pet owners are already free to choose their veterinarian and to choose to fill prescriptions wherever and however they want.”