We are currently experiencing technical issues that may prevent us from receiving email messages in a timely manner.
You are incredibly important to us and we apologize for any delay; we appreciate your patience as we work to resolve this issue.
AAHA AAHA publications NEWStat Pet carriers, crash tests, and animal airline miles 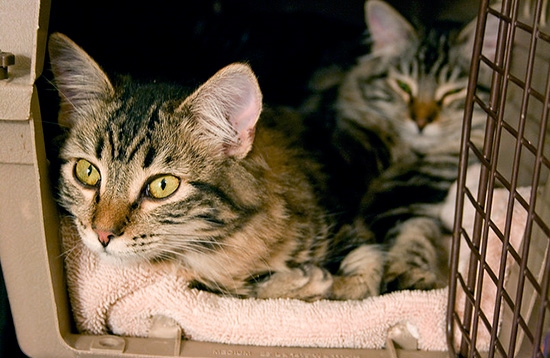 Summer travels include road trips and air travel, often with pets in tow. But just how safe is Fido in that carrier? Given that the pet carrier industry is unregulated, a partnership between the Center for Pet Safety and Subaru of America sought to find out.

The results of their study, released on July 24, identified the three top pet carriers and crates, and debunked some myths about other carrier products.

"We…found big concerns with the marketing claims of some of the brands," Lindsey Wolko, founder and CEO of the Center for Pet Safety, told CBS News. "One carrier made very egregious claims saying the product was crash tested up to 30 pounds, 30 miles per hour. That product failed at 20 pounds, and the stitching was just not crash-worthy at all."

(Thanks to the help of a NASA engineer, the study used specially designed crash test dog dummies, reported CBS NEWS.)

Whether you or your clients are flying or driving, Fido will love it. But if he's flying, two new perks have surfaced.

JetBlue now has a frequent-flier program for pets, JetPaws, and Frontier Airlines has just begun allowing small pets in the cabin, reported Consumer Affairs on July 27.

Photo credit: “Cats, carrier” by Rob Marquardt is licensed under CC BY 2.0