Summertime at the zoo: elephants and sounds 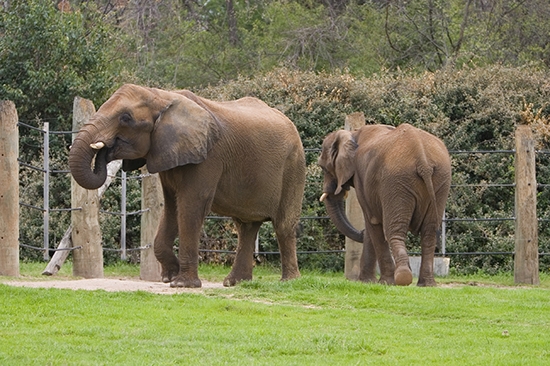 If your summer plans include a trip to the zoo, you may be in for a surprise if you’re traveling in Belgium and stop at the zoo.

Elephants at the Paira Diaza Zoo were treated to a string quartet this summer, reported the New York Times on June 26. And they were picky about the music they liked.

Elephants, it appears, have an ear for sounds. They use it, along with non-vocal gestures, to communicate. Their gestures are sophisticated but they are also discernible.

“I noticed that when I [took] out guests visiting Amboseli [National Park in Kenya] and was narrating the elephants’ behavior, …90 percent of the time, I could predict what the elephant was about to do [by her signals],” Joyce Poole, PhD and zoologist, told National Geographic,

Elephants, in fact, have a complex communication system, according to Poole:

Poole and her husband, Petter Granli, CEO of their nonprofit, ElephantVoices, have developed an elephant call database that decodes hundreds of elephant signals and gestures.