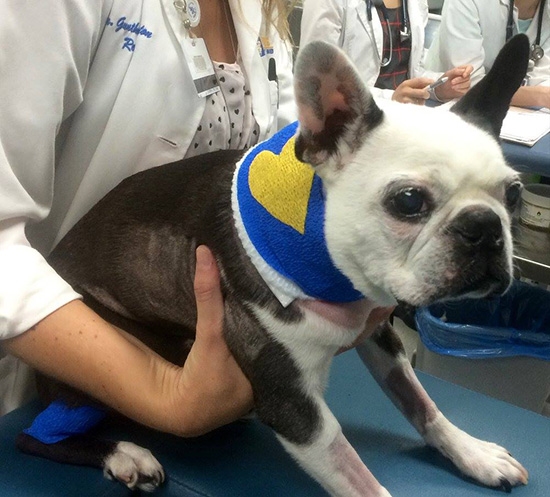 Rocket is given some support after surgery.

The first canine patient to undergo pacemaker surgery did so in 1968, according to MSPCA-Angell, an international animal protection organization. Luckily, it wasn’t 10 years earlier. (In 1958, the first human patient had 26 different pacemakers in her lifetime!)

Rocket, a 10-year-old Boston terrier was one of the latest recipients, thanks to the University of California, Davis (UC Davis) Veterinary Medical Teaching Hospital, who performed the surgery on August 18.

Rocket was placed under general anesthesia, and a transvenous, permanent pacemaker was placed with an external battery attached to it and secured under the skin and muscle of the right side of his neck.