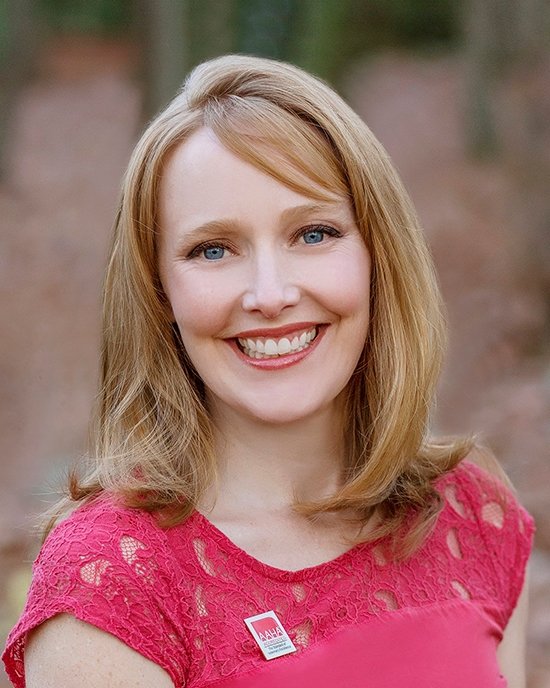 The APPA and PIDA named Loenser the 2016 recipient of the award in December 2015. Loenser accepted the award March 17, 2016 in Orlando, Fla. at The Purina® Media Reception at Global Pet Expo. Global Pet Expo is the largest annual pet products trade show in the world.

Loenser has spent almost a decade practicing emergency veterinary medicine, comforting pet owners and their pets in times of crisis. In 2015, she joined AAHA staff after serving several years on the AAHA Board of Directors. Loenser currently makes frequent media appearances on behalf of AAHA to share her expertise on AAHA accreditation, animal behavior and lifestyle, emergency medicine, and other pet health tips.

Loenser is passionate about strengthening the relationship between pet owners and their veterinarians and making sure that pet owners receive the education they need to keep their pets healthy.

“When my foray into television first began, I had no idea how exhilarating and exhausting it would be,” Loenser said. “To be honored by the APPA for the hard work I poured into each project is deeply validating.

“My goal has always been to provide entertaining education for pet lovers and maintain the relevance of veterinary advice. Just like the companies that use their talent to produce solutions to the rewarding challenges of pet ownership, veterinarians work tirelessly to prevent and solve medical problems.”

“Pet owners seek advice and support from a wide variety of sources,” Loenser said. “As veterinarians, pet health companies, pet product manufacturers/distributors continue to align, the quality of life of pets and their people improves. I’ve been privileged to educate pet owners through many types of media and professional outlets.”

Global Pet Expo’s annual Excellence in Journalism and Outstanding Contributions to the Pet Industry Award recognizes individuals in the media who have the power to influence millions of people and use this to positively promote the joys and benefits of pet ownership. Whether via print, broadcast or internet mediums, these distinguished honorees produce stories that highlight responsible pet ownership and all the exciting services, products and activities that make spending time with our pets even more enjoyable.