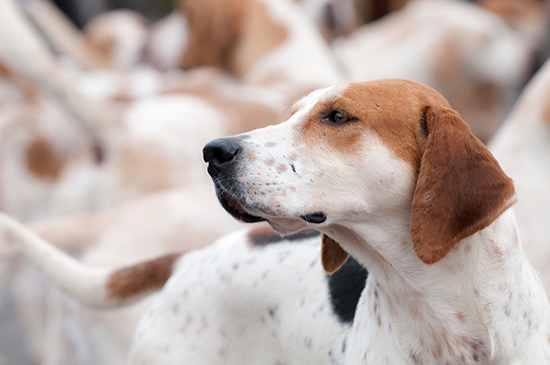 Hunting season began this month and for many hunters, it is a tradition and often includes a canine companion. Now, prehistoric canine graves suggest that dogs, too, have an ancient hunting legacy.

Angela Perri, PhD, a researcher from the Max Planck Institute for Evolutionary Anthropology in Germany, studied 110 dog burials in prehistoric Japan and concluded that dogs were valued as ideal hunting companions and may have been critical to human survival, reported Science Magazine.

The study was published online in Antiquity, a journal of Cambridge University Press, on Sept. 15.

Perri studied dog burials in Jōmon, Japan, during the Jōmon Period, a period of hunter-gatherers in prehistoric Japan, approximately, 12,000 BC to 300 BC. Later in that period, its hunter-gatherers buried their canine companions much like humans, with broken bones from hunting injuries that had healed, indicating that people had cared for them, Perri told Science Magazine. Some graves also contained bracelets and deer antlers.

These canine hunting companions were important to the hunting process, Perri concluded. They tracked and retrieved wounded animals, or held them until the hunter made the final kill. A greater number of graves in the later Jōmon period indicated a growing dependence on hunting dogs to extract prey from forested areas when resources were strained.