COVID-19 Update: AAHA staff is currently working remotely and will support our members virtually. All orders are currently shipping as normal.
Click here for more information.
AAHA AAHA publications NEWStat Getting to the bottom of border collie collapse

Getting to the bottom of border collie collapse 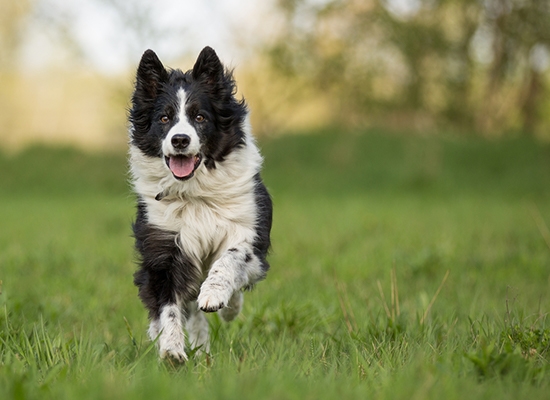 While many veterinarians and dog owners have not heard of BCC, Sue Taylor, DVM, DACVIM, lead researcher on the BCC study printed in JAAHA, said, “It is not rare and is a significant problem in the breed.” Organizations like the American Border Collie Association, the AKC Canine Health Foundation, and the Border Collie Society of America have all recognized this and supported Dr. Taylor’s research.

BCC may be a significant problem, but there is no data on exactly how prevalent it is, because a diagnostic test that can confirm it does not yet exist. Katie Minor, BS, one of the researchers involved in the study, discussed attending a large stock dog trial in Minnesota, where the owner-reported frequency of BCC in dogs there was about 5%. If this percentage is indicative of its presence across the breed, BCC is about as prevalent as the exercise induced collapse (EIC) issue in Labrador retrievers, but researchers have to find the source of BCC to more accurately determine the numbers.

EIC in Labs seemed to have many similarities to BCC, and it was originally thought the two were probably connected, which is why Dr. Taylor’s research team got involved, but now they have proven that dogs with BCC do not have the genetic marker that causes EIC. Despite the lack of the EIC mutation, Dr. Taylor said, “We believe that BCC is inherited and familial, but until we find the genetic cause it is unlikely that we will understand the pathogenesis of collapse.”

The focus of BCC research now centers on locating its genetic cause. Minor said they have collected DNA samples from about 200 dogs so far. The samples are then run through a Genome Wide Association Study (GWAS). “Most of the DNA samples we have were run on a GWAS chip with 170,000 markers. There will soon be a GWAS chip for dogs with around 700,000 markers, which may work better in the Border Collie, which is a diverse and old breed,” Minor said. By continuing to collect samples from dogs with BCC and normal dogs as controls, the team hopes to determine the approximate location where the BCC mutation resides and “conduct whole genome sequencing of cases and controls to discover the underlying mutation(s) causing BCC susceptibility.”

Although cause has not yet been determined, the studies done by Dr. Taylor’s team have found helpful information. From the questionnaire and video analysis study, Dr. Taylor said they have discovered “dogs with BCC have a very typical appearance and altered mentation during collapse episodes—they have an episodic neurologic disorder brought on by exercise or hyperventilation or exercise induced hyperthermia.” This means strenuous exercise causes episodes and that veterinarians can look for a specific set of symptoms when diagnosing dogs with BCC. Dr. Taylor suggested looking for “episodes of collapse that always follow strenuous excited exercise, with features that include altered mentation, ataxia in all four limbs, pelvic limb scuffing, and increased extensor tone.”

Before diagnosing BCC, veterinarians should rule out other causes of collapse. Dr. Taylor’s studies have shown that dogs with BCC have “normal cardiac function and normal metabolic testing before exercise and during collapse as well as normal muscle biopsies.” And while dogs with BCC see elevated body temperatures after exercise, these levels are comparable to normal border collies performing the same exercise.

As of right now, the only available treatment is to avoid strenuous exercise, especially in hot weather, as a form of prevention. Exercise should be stopped as soon as a dog shows the first signs of a collapse, and symptomatic dogs should be cooled.

Dr. Taylor expressed her wish that her research would help bring attention to BCC and discover the cause, which would allow her team to create a diagnostic test and analyze breeding practices. Minor added that they are still collecting DNA sample, questionnaires, and videos from affected dogs. More information about their research can be found at their website: http://z.umn.edu/bordercolliecollapse.