AAHA AAHA publications NEWStat® How will marijuana legalization affect you?

How will marijuana legalization affect you? 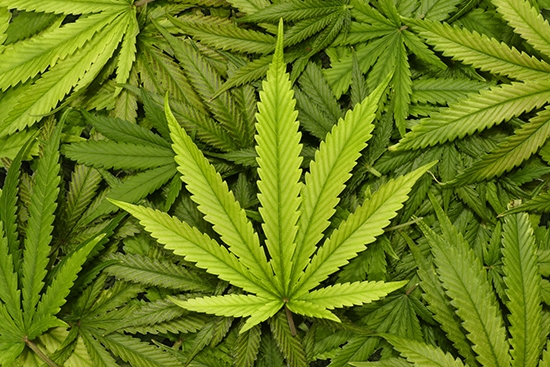 But what else can you expect? And how can you talk to your clients to prevent as many of those cases from happening as possible?

Along with legalization, you’ll most likely hear questions about whether medical marijuana is beneficial for pets. As Shannon Mazur, DVM, at AAHA-accredited Riverview Animal Hospital noted, they’ll ask if it treats conditions like arthritis, seizures, glaucoma, and pain. Tim Hackett, DVM, Colorado State University agreed, “You’re going to get the questions about, ‘Well, I heard marijuana is good for appetite or seizures or behavior problems or respiratory problem. Can I give medical marijuana to my pet?’”

Hackett said this conversation can be tricky to navigate because there haven’t been enough studies done: “The fact remains that there hasn’t been enough meaningful scientific testing done to show whether marijuana benefits pets or not.” Despite the lack of research, there are already companies out there providing over the counter products for pets, and this means veterinarians will have to field these questions and be discriminating in what they recommend. He added, “I’m not particularly worried about toxicity of these products, but I am worried that people are buying some that may not be doing anything and that they be avoiding remedies or medications that may be holding these diseases at bay that do work.”

As for broaching the subject of marijuana, Mazur said that Riverview they use tactics like posting educational articles and awareness through Facebook, email, local newspaper, and clinic signs. Hackett noted that the conversation is not as difficult as it was before legalization: “If anything, the conversation has gotten easier since it’s legal.” People no longer feel like they have to dance around the issue. He advised to address the issue head on. When clients aren’t afraid of the legal repercussions, they’re likely to be more open.

Both Mazur and Hackett stressed the importance of keeping your edibles stashed in a safe place. Most commonly, dogs will run across brownies or cookies and eat all that they can find. Hackett said, “I think a veterinarian has to address the issue, especially with edibles being out there. If there’s a possibility the dog ingested it, it is a conversation you do need to have with them.” He stressed that it’s all about taking preventative measures with edibles, which pets—dogs, in particular—will seek out.

Hackett added a final note about the rise of marijuana intoxication cases: “Don’t forget antifreeze toxicity looks very similar and it’s fatal.” He said that seeing marijuana intoxication regularly, in his case, several times a week, could cause a veterinarian to assume they have another marijuana case coming in the door. But given the danger of antifreeze, it’s important to ask every time to ensure pets get the proper treatment.

Ultimately, legalization paves the way for more open and honest conversations about marijuana, while it also presents a challenge for veterinarians to address the issue with clients. Whatever the case, the issue isn’t going away and it’s best to start preparing for it now.