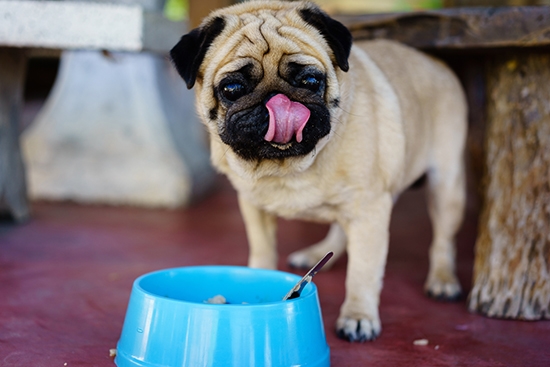 One of the common questions that many veterinarians are asked has to do with pet food choices; clients want to know what’s best for their pet. The topic of grains—and corn, in particular—as an ingredient in animal food often comes up. There is a great deal of conversation and many viewpoints about the use of grains in pet food. In this article, Trends takes a look into the role of grain in pet foods, attempts to dispel some of the myths, and provides expert recommendations, along with talking points, for veterinarians to use with clients.

“Botanically speaking, corn is a grain and is no different than other grains in its main composition,” says Ann Wortinger BIS, LVT, VTS (ECC, SAIM, Nutrition). She is a veterinary nutritionist who has worked in the field for more than 20 years and is currently the hospital administrator for Animal Cancer and Imaging Center in Canton, Mich.

“As with any grain, when higher levels are included in the diet, protein digestibility can go down. That is why there are no ‘all grain’ diets for dogs or cats,” she says. “As a grain, it has a biologic value [a measure of the amount of essential amino acids in a food] of 74; muscle meats, such as beef and chicken, have a BV of about 75. Egg is the gold standard for BV at 100, with whey and casein [milk proteins] just below that.

“When corn is combined with other plant products, they together can easily reach a BV of 100. All plants, due to their cellulose layers, have decreased digestibility when compared to meats. But when ground and cooked, so that the cellulose layer is broken, digestibility is comparable,” Wortinger noted.

Jennifer Larsen, DVM, PhD, DACVN, is an associate professor of clinical nutrition at the Veterinary Medical Teaching Hospital (VMTH) at the University of California, Davis. She also does clinical nutritional consulting through the VMTH Nutrition Support Service. She says, “Grains, and any other single category or individual ingredients, are neither good nor bad.

“Rather, what is important is how the ingredients work together to create the full nutritional profile of the diet. Likewise, carbohydrates, as an energy source, are utilized by the body the same way regardless of source, such as grain, legume, or tubers, and different sources of carbohydrates also bring other nutrients, such as fiber, fatty acids, and amino acids. Again, no ingredient has a simple effect since each provides multiple nutrients, and it’s not consumed in a vacuum.”

“It’s important to think of food in terms of energy; animals need energy to live,” says Robert Backus, DVM, PhD, DACVN; he is associate professor and director of the Nestle-Purina Endowed Small Animal Nutrition Program at the University of Missouri. “That energy comes from protein, fats, and carbohydrates. The question is creating the most efficient mix. You could do that with all protein, but the animal would then burn protein for energy, which is inefficient.”

Rebecca Remillard, PhD, DVM, DACVN, is the founder and president of Veterinary Nutritional Consultations, Inc. She has more than 20 years of experience as a clinical nutritionist. “In fact,” she says, “modern dogs have adapted/evolved to eating a high starch diet during their domestication.”

Remillard cites a 2013 study led by Swedish geneticist Erik Axelsson, reported in the journal Nature, in which “he reports that in a domestic dog’s vs. wolf’s genome comparison, three genes responsible for the digestion of dietary starch were expressed 7–12 fold higher levels in the dog compared with the wolf.”

Remillard goes on to say, “Whether they ate grains or not is a moot point, because they can clearly digest starch very well. Well done digestibility studies that were published in the Journal of Animal Physiology and Animal Nutrition by Alex Cavaliéri Carciofi and Luciana de Oliveira have clearly demonstrated that both dogs and cats digest better than 95 percent of the starch in a properly cooked diet containing 50 percent corn or rice.”

Martha G. Cline, DVM, DACVN, is a clinical veterinary nutritionist at AAHA-accredited Red Bank Veterinary Hospital in Tinton Fall, N.J. She says, “At this time, there is no evidence to support that animals on grain-free diets have less incidence of food allergies than animals on conventional diets. Food allergies in general are uncommon.”

Larsen, another nutritionist and educator, noted in a discussion about pet food that “…other concerns relate to the assertion that grains are more likely to result in allergy than other foods, but there is no evidence that this is true, and to my knowledge, there is no inherent characteristic of any particular grain that would make it more likely to elicit an immune response.

“Additionally, the broad category of grains includes many genetically unrelated plants, so an effect common to all of them would not be expected.

“Historically, the most common allergens for dogs and cats are beef and dairy, but I suspect this is changing due to trends in which ingredients are commonly incorporated into pet food in recent years—animals are probably more likely to develop intolerances to foods that they are exposed to chronically versus those only fed a few times—however this change hasn't been reported in the scientific literature recently,” Larsen concluded.

Myth #3: One can evaluate the ‘quality’ of a pet food by reading the ingredient list.

Remillard says, “Despite aggressive marketing campaigns by various manufacturers and self-appointed websites, the ingredient list according to AAFCO [the Association of American Feed Control Officials] should not impart any information regarding the quality, nutritional balance, or digestibility of the pet food product.

“The ingredient list was simply not designed, or is not regulated, as a measure of pet food quality. So the source of meat or carbohydrates in a pet food is not important to the nutritional profile in a complete and balanced product,” she notes.

“I've heard concerns about them [grains] being ‘filler,’ which is nonsense,” Larsen says. “They are added because they contribute energy and other essential nutrients, as well as very useful dietary components, such as fiber, which is an underappreciated nutrient.”

Cline similarly relates that corn and other grains can be part of a nutritious pet diet: “Depending on how grains are processed, they can be highly digestible. Some grains contribute dietary fiber to pet foods, which can play an important role in intestinal health.

“Although fiber is not a required nutrient, I find that it can be very beneficial in optimizing the stool quality and the overall health of my patients. Grain-free diets can provide optimal nutrition for cat and dogs, however diets containing grain can do the same.”

“My primary recommendation would be to look at nutrients rather than ingredients in foods,” says Wortinger. “The body does not care if the meat is chicken, beef, or reindeer; what it cares about is the amino acids included in the food. The body does not care whether the fat is animal or plant-based, but whether all the essential fatty acids are present. Look at nutrients, not marketing,” she says.

How does one accomplish that? She says that the easiest way to determine nutrients is to look at feeding trials and the nutrient profile for a food. “Feeding trials will let you know if there are any major deficiencies in the food, and also determines digestibility. This is not required for AAFCO certification, but I feel it is essential. This is expressed as a percent of calories contributed by each nutrient, also called the metabolizable energy. Unfortunately, this is not allowed by the government to be included on the label, but is easily obtained from the better food companies. If they do not have this information, I would not feed that food.”

Cline recommends a diet change when an animal has a medical need for a change, saying, “I will also recommend a diet change if an animal is not on a complete and balanced diet. If an owner is feeding a complete and balanced commercial food, 90 percent of the animal’s caloric intake should come from this food. No more than 10 percent of an animal’s intake should come from treats, table foods, or food for medication administration.

“If an animal is primarily on a home-prepared diet, then a diet formulated by a board-certified veterinary nutritionist is recommended. Typically, if a dog or cat is healthy at their ideal body weight, no change in diet is warranted.”

Remillard suggests a balanced approach with clients, noting, “There are many valid reasons for recommending a diet change to a pet owner, but simply because a grain appears in the ingredient list is not one. The ‘no grain’ product claim is simply a marketing ploy catering to customer misperceptions and does not impart any particular nutritional advantage to the pet. Most ‘no grain’ pet foods still contain 40–60 percent starch but from a different source, such as potato, pea, or bean, and hence is nutritionally the same. So in the end, there is no nutritional difference.”

Remillard noted that of the 900 U.S. dog owners in a recent Purina survey, nearly half said that choosing the right food for their dog was the most difficult part of ownership. According to this study, Remillard said, “52 percent said their dog’s nutrition was more confusing than their own, and about 25 percent of them spend more than 10 minutes in the dog food aisle deciding between the different blends, brands, and flavors available.

“It is not unusual to encounter pet owners who are frustrated in their efforts to obtain credible information regarding pet foods, in general, and how to choose one for their pet. We should not tacitly allow owners to continue believing there is a significant nutritional and/or health benefit to their pet when fed a ‘no grain, no corn, or no whatever comes next’ pet food.”

Backus says, “It’s important for vets to have in mind what they are comfortable with in terms of diets. There are many diets that are acceptable to use, and a whole host of diets that will work in a patient. Remember, too, that clients have some bias. They may want an organic diet, or a free-range, or no-grain diet.” He recommends that veterinarians have diets that will fit those varying requirements in their repertoire.

Nutritionists are sympathetic to the many viewpoints in the pet community.

“Veterinarians are just as confused as pet owners by pet food marketing, and there is a lot of misinformation and mythology on the Internet regarding pet food,” says Larsen. “In particular, guilt-based or emotion-driven marketing and propaganda should be viewed with skepticism, especially when it is used to sell expensive pet food.”

Remillard adds, “Veterinarians should be the point of reference and clarity for pet owners concerning food selection. It appears, however, many veterinarians lack sufficient confidence in their training to decipher between nutritional and physiologic truths versus marketing claims.”

She relates that feeding pets is one of the top three questions asked by pet owners, noting that it is, therefore, incumbent on school administrators to provide more nutritional training to veterinary students. She recommends that practitioners seek practical nutrition talks at continuing education meetings and advice from veterinary nutritionists.

Kelly Smith is an award-winning writer and lifelong pet owner. She lives with her family in Littleton, Colorado.

The American College of Veterinary Nutrition offers information on diplomates and industry resources.

The Purina pet food survey can be found online.

This article was originally published in the January 2016 issue of Trends magazine.