AAHA conference goes to the cats 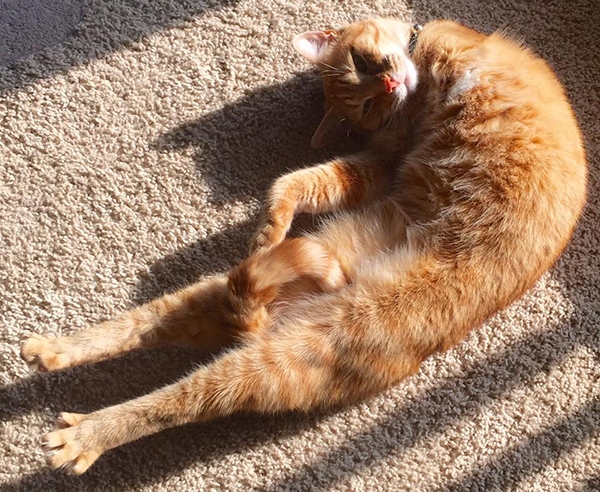 Nashville Cat Rescue (NCR) is a non-profit organization that rescues cat and kittens from high-kill shelters and the streets to place them into permanent homes.

AAHA has a strong history of giving back to local communities; each year, AAHA supports a different local charity near the AAHA Yearly Conference location. This is the first cat-only charity AAHA has supported in recent years. AAHA will collect donations for NCR throughout the Nashville conference and will match what is raised by attendees. AAHA has also teamed up with NCR to offer the first-ever AAHA Cat Lounge for attendees in Nashville—inspired by modern day “cat cafes”, the Lounge will offer attendees an opportunity to recharge their batteries while interacting with adoptable cats and kittens from NCR in the conference Exhibit Hall.

NCR does not have a facility, but is instead run through a network of foster homes. According to Kelly Patton, NCR’s volunteer coordinator, the organization is 100% run by volunteers, most of whom have day jobs “but are passionate enough to spend their free time taking care of the cats.” This care goes beyond fostering the cats, and can include socializing cats, counseling on adoptions, handling administrative items, or staffing events.

The passion of their volunteers has led to incredible growth since NCR’s creation in 2005, said Patton. “What started with just one adoption center and four foster homes has grown to a network of over 50 foster homes, 100 volunteers, and 7 adoption centers.” These efforts, still led by NCR’s three founders, have helped Nashville Cat Rescue become one of Middle Tennessee’s largest privately run cat rescues.

NCR focuses on cats that have been neglected, abandoned, or are facing euthanasia. They have placed more than 7,000 cats since 2005 and in 2016, they placed 1,056 cats in permanent homes. All adoptable cats and kittens are spayed or neutered, brought up to date on vaccinations, dewormed, combo tested, and given flea treatment. NCR also takes in FIV+ cats, unlike many other rescues.

They also take in cats who need more extensive treatment, such as targets of animal cruelty and abuse. Some of these stories make the news and gain the support of large numbers of people. One example is the story of Timmy, who was discovered near a fairground with both his front legs injured from gun shots. One of his legs had to be amputated, but after his story went viral, the donations that poured in allowed veterinarians to save his other leg and NCR to find him a home (pictured above, lounging at his home). Two other kittens, Katniss and Mitchell, were thrown from moving cars, and received treatment through NCR, who also helped place them in loving homes after they recovered.

Given the volume of abandoned cats and kittens, NCR does not take on owner surrenders. According to their website, one of the reasons for this is that owners who have to give up cats can act as advocates for their cats and place them in a good home but NCR advocates for cats and kittens who have nobody to speak for them. They provide information on their website for owners considering surrender with resources to help those owners keep their cats.

In addition to donations, NCR has an Amazon wish list where people can purchase things like toys and cat litter for the organization.

All cats available for adoption can be found through NCR’s Petfinder page, through their Facebook page, or through their Instagram profile. Potential adopters can also fill out a form for adoption or find more information at their website.

For a suggested donation of $5, AAHA conference attendees can get in the AAHA Cat Lounge, open Thursday through Saturday during Exhibit Hall hours. Donations will also be taken during Late Night with AAHA on Friday, March 31 from 9:00 p.m. to midnight.