Number of overweight pets increased over the last decade 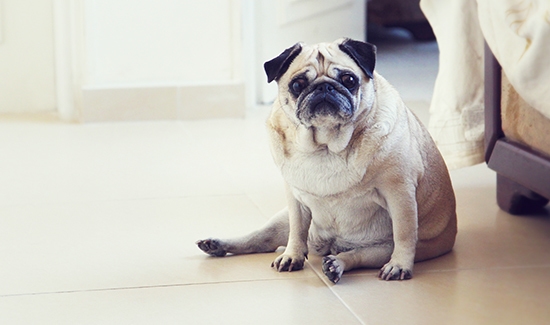 Banfield released its 2017 State of Pet Health Report on June 27 and the numbers showed that pets’ waistlines are continuing to grow.

The report analyzed the health records of the 2.5 million dogs and 500,000 cats that visited Banfield facilities across the United States in 2016. Those numbers showed that the number of overweight dogs and cats have been steadily growing over the past decade to a point where one in three of the pets visiting Banfield last year were reported as overweight or obese.

One result of the increasing number of overweight pets is that pet owners now tend to underestimate their pet’s body condition—overweight now looks normal to many so they don’t see advice or care from their veterinarians.

The report can be downloaded from Banfield’s website, which also provides an interactive map that shows where pets are at risk of certain conditions. For example, pets are more likely to be overweight in Idaho and Washington than Arkansas and Louisiana. And they are more likely to be at risk of dental disease in Kansas and Missouri than in New York and Massachusetts.

For more information on communicating and implementing weight management programs in your own practice, check out AAHA’s Weight Management Guidelines for Dogs and Cats.

The report also touched on the most common diseases affecting pets in 2016. Dental disease, including tartar, gingivitis, and periodontal issues, topped the list. Nearly two million dogs and more than 350,000 cats seen at Banfield in 2016 were affected.

Otitis externa was a concern for dogs—one in seven were affected in 2016. Diabetes mellitus, intestinal parasites, and fleas and ticks were some of the other common conditions faced by both dogs and cats in 2016.