COVID-19 Update: AAHA staff is currently working remotely and will support our members virtually. All orders are currently shipping as normal.
Click here for more information.
AAHA Are you smarter than a specialist? Find out this May at Connexity AAHA publications NEWStat Pet owners are more likely to know their neighbors

Pet owners are more likely to know their neighbors 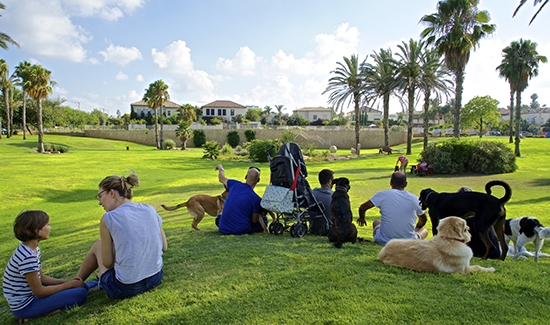 Pet owners are more likely to know their neighbors and benefit from everyday social interactions.

Researchers from the University of Western Australia had conducted a study in 2005 that indicated pet ownership led to increased social capital and wanted to test whether that held true. To do this, they surveyed pet owners and non-pet owners in four different cities: San Diego, Portland, Nashville, and Perth, Australia. The study is now available as an open access preview and will be published in the December 2017 issue of SSM – Population Health.

The researchers placed social capital with the idea of people receiving common benefit from interacting with each other and the collective societal benefit that develops from those interactions. Social capital can be created by helping others, getting involved in community issues, interacting with local residents, and volunteering.

The four cities selected for the study were chosen as they have similar populations. Originally, the study was going to target only Perth and San Diego but decided to account for potential cultural differences in different areas of the United States. The survey was conducted by an independent research agency with protocols developed to ensure standardization of data collection methods. A total of 2,692 respondents were included in the study, spread about evenly over the four cities.

A bivariate analysis of survey results indicated that pet owners had a significantly higher mean social capital than non-pet owners even when adjusting for age, sex, education, and number of children. They also found that the average social capital score was higher for dog owners than other pet owners.

The researchers hypothesized that dog walking seems to be related to a higher social capital as well. However, this does not mean owners of other pets did not know their neighbors. Of people who owned pets other than dogs, 27% said they got to know their neighbors through their pets.

Many recent studies have focused on the human-animal bond and how this can influence people and society around them. However, few empirical studies have been conducted looking at how pets and social capital are related. The most recent findings suggest that the increased of social capital could improve relationships between people and strengthen the ties of neighborhoods. In future studies, the researchers would like to analyze pet owners’ personalities to see whether wanting to own a pet is related to traits like sociability and extraversion.