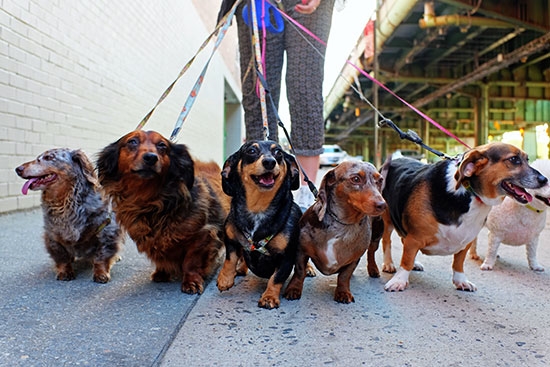 A New York City Health Department rule bans anyone from taking money to care for an animal outside a licensed kennel; the rule has long been ignored in the city, but new dog-sitting businesses have caused the department to take a second look at enforcement.

Popular dog-sitting companies such as Wag and Rover have pushed back on the enforcement after DogVacay.com, which has since been acquired by Rover, was cited in 2016 for illegal pet-sitting activities. Rover has announced plans to overturn the rule. There’s plenty at stake; Rover, a nationwide company, has 95,000 pet owners and 9,000 sitters registered in New York; the sitters brought in over four million dollars in 2016.

The Health department issued an email to clarify the rule; “Commercial boarding of animals in homes is illegal,” NYC Department of Health spokesman Julien A. Martinez said in a statement sent to HuffPost. But, he explained, “the Health Code does not apply to a pet-sitter who someone hires to come into their home to walk/feed/attend to their pet while they are not there.”

City Council health committee chair Corey Johnson plans to draft legislation to allow the companies to operate. “It’s so crazy,” Johnson reported to the New York Times. “There are millions of cats and dogs in New York City, and people I think believe they can pet sit or have someone pet sit for them. To have a law on the books that says that’s illegal is antiquated and not practical.”