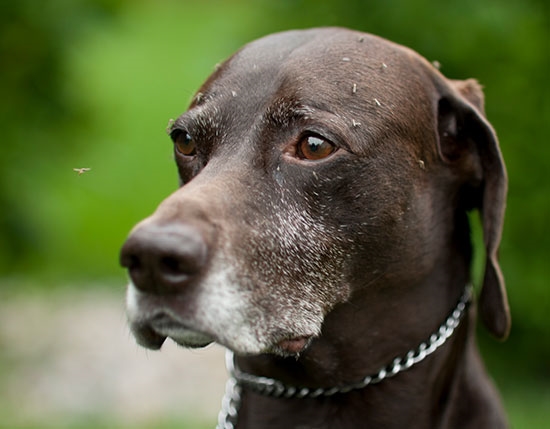 The recent hurricanes and flooding in Florida and Texas affected everyone in their path, but dog owners may face a delayed consequence others don’t if things don’t dry out fast: heartworm disease.

Heartworm disease is caused by a mosquito-borne worm parasite that infects the hearts and lungs of dogs bitten by an infected mosquito. The disease damages heart and lung tissue, which can lead to clots, inflammatory lung and heart disease, even heart failure.

Heartworm disease is a year-round risk in much of the southwestern United States due to the generally moist climate, but the risk is always elevated dramatically in the weeks and months following tropical storms and hurricanes like Irma in Florida and Harvey in Texas.

That’s because mosquitos breed in standing water and moist soil. And right now, there’s a lot of both in both states.

The female mosquito lays her eggs in that standing and most soil, up to 300 eggs at a time over the course of her 4–8 week lifespan. It takes about two weeks for the eggs to hatch into larvae and eventually grow into full-blown adult mosquitos. That’s why the explosion in the mosquito population generally doesn’t occur until a couple of weeks after the storms clear.

Which means that while most people are finally digging out from under and seeing daylight, dog owners’ worries about heartworm are just beginning.

“We certainly have seen reports of a lot of mosquitoes in the impacted areas,” Texas Department of State Health Services Director of Media Chris Van Deusen said. “A large number of mosquitoes are emerging after the flooding. We are expecting that we could continue to see this for a couple of weeks.”

In Texas, authorities have taken steps to control the mosquito population with chemicals. According to CBS News Air Force Reserve C-130 planes have been spraying an EPA approved insecticide in impacted areas for over a week. The nightly bombardments have treated more than 2 million acres of Harris and other counties. Houston is in Harris County.

In Florida, mosquito control officials in Miami-Dade and Collier counties as well as the Florida Keys are taking much the same tack. They’ve deployed mosquito traps and continue to spray pesticides from trucks and aircraft. Both methods have different aims. Truck spraying targets mosquito larvae while aerial spraying targets adult mosquitos.

Officials in both states encourage residents to help in mosquito-control efforts by draining containers that could hold standing water, like buckets or old tires, and throw out debris like soggy lumber and cardboard that could provide the kinds of ideal conditions for mosquitos to breed.

For veterinary practices in these high-risk areas, it’s critical to remind dog owners to stay on top of the potential heartworm risk by administering heartworm prevention medication in the weeks and months following a hurricane or tropical storm.

All dogs should be tested for heartworm annually even when they’re on year-round heartworm medication, to ensure the medication is working. As veterinarians know, missing just one month of medication can leave a dog unprotected—and with so many other disaster-related concerns like evacuation and catastrophic storm damage on their minds, it’s easy to understand how a pet owner could forget something as simple as administering a pill.