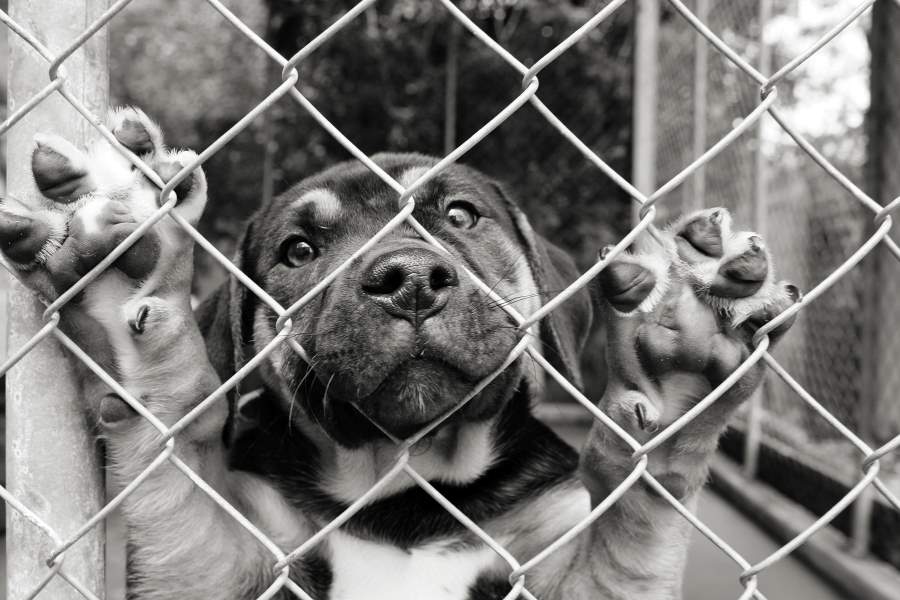 With any luck, the new law will help put puppy mills out of business nationwide.

A.B. 485, also known as the Pet Rescue and Adoption Act, requires pet store owners who sell dogs for retail to obtain these animals only from animal shelters or rescue groups. Currently, puppy mills are the largest suppliers of puppies to commercial pet stores in the country.

Animals bred in puppy mills are raised in deplorable circumstances. They generally live in unsanitary and overcrowded conditions without adequate food, water, socialization, or access to veterinary care. Multiple animals are often crowded together in cramped, wire-floored cages stacked in tall rows. These conditions can lead to severe health issues, including disease and congenital defects. Behavioral problems are a serious issue.

It’s estimated that a stunning 99 percent of puppies sold in pet stores come from puppy mills.

That’s bad for pets, and it’s bad for people: The US Centers for Disease Control and Prevention (CDC) is currently investigating a multistate outbreak of bacterial infections in humans which has stricken 39 people that links back to puppies purchased from retail pet stores.

The vague language many pet store owners employ to cloud the question of where they get their dogs only contributes to the problem.

Some will tell prospective customers they get them from “licenses USDA breeders” or “local breeders.” The word “licensing” can give buyers a false sense of security, because it sounds like the sourcing of puppies is regulated. In fact, the federal standards that breeders are expected to meet are minimal, and enforcement is almost impossible: the American Society for the Prevention of Cruelty to Animals (ASPCA) estimates that as many as 10,000 puppy mills are operating across the country.

With federal regulation weak to nonexistent, it has been left to individual states to spearhead the war on puppy mills, and more than half of US states have legislated higher standards of care for commercially bred animals. None has gone as far as California.

Predictably, retail pet stores have spoken out against the bill. Pet store owners say the law will make it hard for buyers to find specific breeds.

But the ASPCA counters that argument by pointing out that purebred dogs wind up in shelters just like mixed breeds. And rescue groups abound for just about every breed possible. If someone has their heart set on a purebred, they have options: learn how to recognize a responsible breeder. For example, the ASPCA says responsible breeders don’t sell to someone they haven’t met, and they screen potential buyers to ensure that their puppies go to a good home.

The law is set to take effect on January 1, 2019, and also applies to cats and rabbits. Pet stores that violate the law face civil penalties of $500.