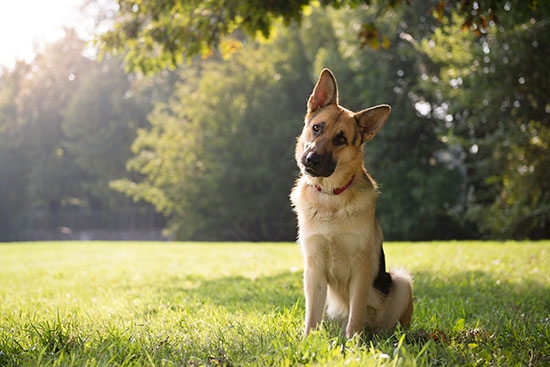 A recent study by the VetCompass™ Program at the Royal Veterinary College (RVC) has revealed striking insights into the demographics and disorders of German shepherd dogs (GSDs)—insights that may help answer an age old question familiar to veterinarians everywhere.

Should I get a boy or a girl?

It’s a question that Dan O’Neill, an RVC epidemiologist and lead author of the study, is very familiar with. “One of the most common questions from prospective dog owners that I used hear when I was in practice was whether to choose a boy or a girl puppy,” he said.

German shepherd dogs are one of the most popular dog breeds in both the United States and the United Kingdom. They have traditionally been used for herding, guarding, police, military, and guide-dog roles. However, in recent decades, GSDs have increasingly been bred as show dogs, and that has sparked considerable debate about the resulting impact on the health of the breed.

Unfortunately this new emphasis on selective breeding for cosmetic traits instead of work-related traits means an increased potential for inherited disease—GSDs had the highest number of published predispositions to inherited diseases among the 50 most commonly registered breeds and had the second-highest number of disorders exacerbated by conformation, exceeded only by the Great Dane.

The study, published last July in Canine Genetics and Epidemiology, revealed three key points that provide evidence-based data on sex-specific genetic traits to back up traditional, anecdotal advice about what kind of GSD puppy to get: males are more aggressive than females, males are heavier, and females live longer.

Each point has implications potential GSD owners should consider:

So, the next time a client asks whether they should they get a boy German shepherd or a girl German shepherd, vets don’t have to guess. Thanks to the new study, says lead researcher O’Neill, “vets are now finally able to answer this question with some solid evidence for the first time.”

O’Neill adds, “While there is no guarantee on the body size, temperament, or lifespan of any individual dog, the study data do give very useful pointers at a breed level that can assist owners to make better long-term decisions when choosing their new German shepherd dog puppy.”