Your flight’s been cancelled (you lucky dog!) 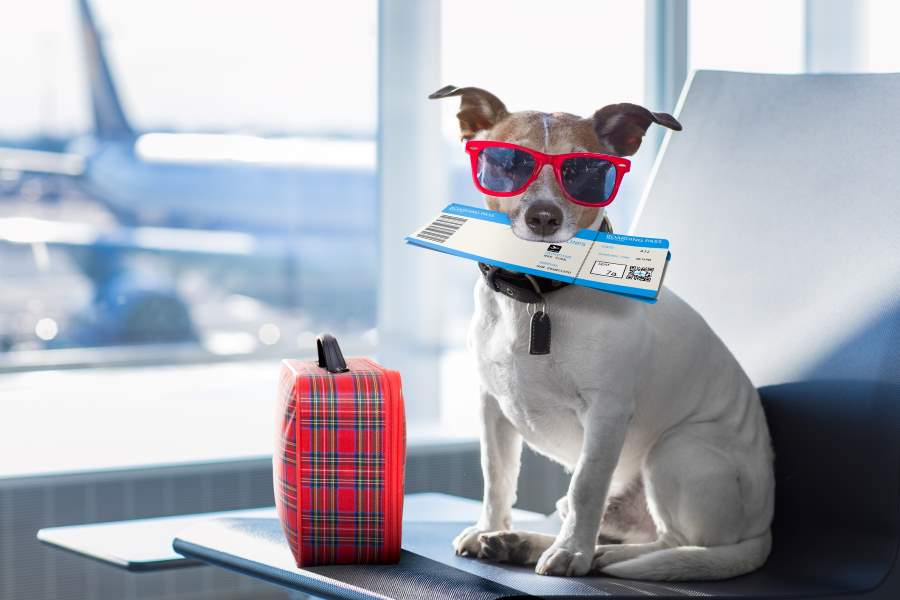 Did you hear what happened to that dog on that United Airlines flight?

You mean the dog who got put in the overhead bin?

No, the other dog on the other United Airlines flight.

The dog who got sent to Japan?

The dog who got sent to Akron?

(GETTING FRUSTRATED) WHAT DOG ON WHAT UNITED AIRLINES FLIGHT?

The dog who never boarded a United Airlines flight.

(PAUSE) No, what happened to him?

Nothing happened to him. He didn’t board a United Airlines flight.

And he won’t be boarding a United Airlines flight any time soon. At least, not in the cargo hold.

In the wake of an unprecedented wave of negative pet publicity, United Airlines this week suspended new reservations for transporting pets in their planes’ cargo holds pending a review of its pet-transportation policies.

After a week’s worth of high-profile mistakes involving pets, United Airlines is hunkering down to do some serious damage control.

United apologized last week for the death of a passenger’s pet bulldog after his crate, with him inside, was put in an overhead bin on the order of a member of the cabin crew. In the days after that dog died, several dogs were flown to the wrong destinations, including a German shepherd who was flown to Japan.

Certainly, there have been other high-profile pets-on-planes disaster stories recently (remember the passenger who flushed her emotional-support hamster down the toilet when a Spirit Airlines employee told her she couldn’t bring her on the plane?), but United Airlines does seem to be generating the lion’s share.

That’s largely a matter of numbers.

According to the US Department of Transportation, more than two million pets and other animals are transported by US airlines every year in the United States. And United Airlines transports more animals than any other US airlines, in part due to inheriting a pet transportation business from Continental Airlines when the two companies merged in 2010.

“We are conducting a thorough and systematic review of our program for pets that travel in the cargo compartment to make improvements that will ensure the best possible experience for our customers and their pets,” said United spokesman Charlie Hobart. “To achieve this outcome, we will partner with independent experts in pet safety, comfort, and travel.”

United expects to finish their review by May 1.

The ban won’t affect emotional-support animals traveling in the cabin, although United says it’s on top of that situation: To help avoid further incidents like the bulldog in the overhead bin, United announced that it will start issuing brightly colored tags for in-cabin pet carriers.

But the airline won’t start handing out those colored tags until April.

Until then, you and your pet are flying United . . . solo.