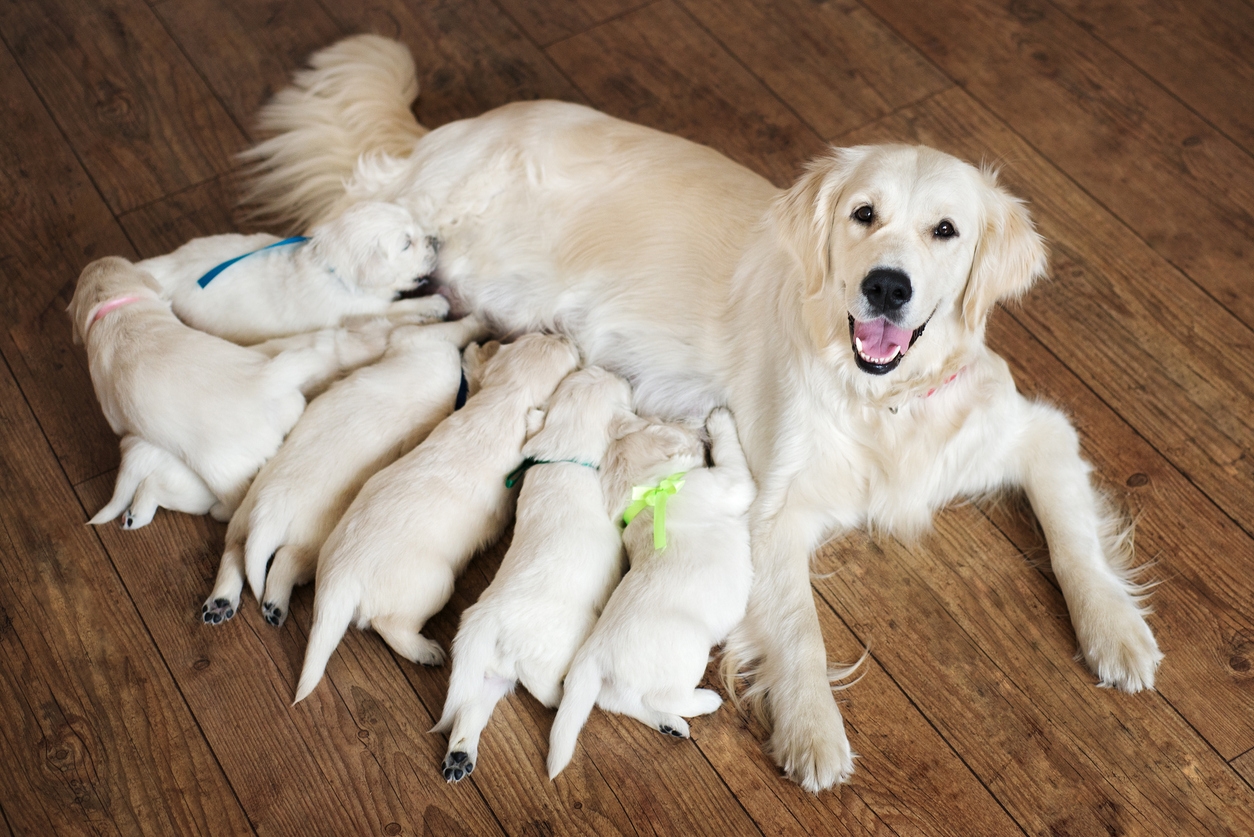 A new study published this month in the journal Anthrozoos aimed to determine the peak of puppy cuteness. It found that puppies are most appealing to humans at around six to eight weeks of age. That’s around the same time puppies are weaned from their mothers, and the researchers think that’s no accident.

Their theory: Puppies reach peak cuteness right when they need human care the most.

The researcher wrote, “This attraction of humans to dog pups at that phase of life may have given early dogs, and may continue to give today’s dogs, a competitive advantage by being adopted and cared for by humans.”

In the study, 51 participants were shown 39 black-and-white photographs of three different breeds of puppies: Jack Russell terriers, cane corsos, and White shepherds. The age of the puppies ranged from birth to seven months old and the participants were asked to rate their cuteness.

Each breed’s cuteness factor peaked at a different age: Cane corso puppies were judged the cutest at 6.3 weeks of age, Jack Russell terriers were rated cutest at 7.7 weeks, and White shepherds were deemed cutest at 8.3 weeks.

The researchers say their findings may shed new light on the domestication of dogs and how they evolved to rely on human care.

Dogs evolved from wolves, but they raise their offspring very differently. For example, wolf pups are reared by both parents for up to two years, while domesticate dog puppies are raised by their mothers, who abandon them after weaning, at around 6 to 11 weeks old.

This early age of abandonment leads to a high mortality rate among puppies who aren’t taken care of by humans; by some estimates, more than 80% of puppies die within the first year of life without human care.

That cute puppy dog look may be nature’s way of getting humans to provide that care.

“Just as their mother is getting sick of them and is going to kick them out of the den and they’re going to have to make their own way in life, at that age, that is exactly when they are most attractive to human beings," said lead researcher Clive Wynne, PhD.

But Wynne, a professor of psychology at Arizona State University and director of the school’s Canine Science Collaboratory, said the findings don’t mean that people stop loving their dogs after they turn eight weeks old.

“The eight-week point is just the point where . . . the ability of the animal to grab our interest is strongest,” Wynne said. “But, having grabbed our interest, we continue to love them all their lives.”