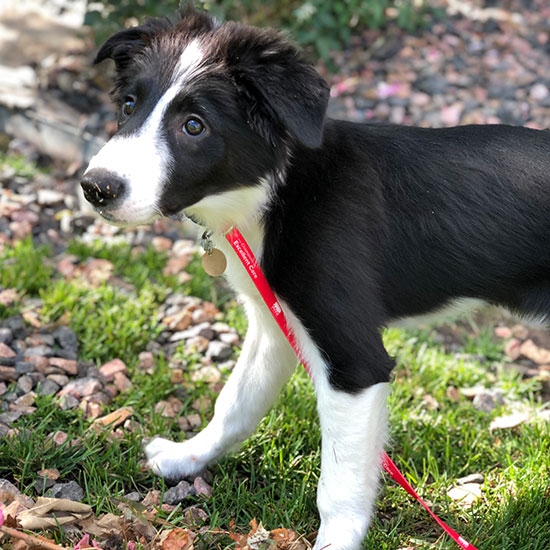 Many of our members know I brought my border collie Gus to AAHA's Connexity conference to help provide a little comfort to those who might be missing canine company while at the conference. He had lots of visitors at the show; many people came by the Book Nook to snuggle with him and pose for selfies, or they greeted him happily when he trotted down the hallways. On the first day of the conference, Jayme Motler, DVM, came over to the booth to see Gus. As she loved on him, eyes misty, Jayme told me all about the border collie she’d recently lost, an exceptional dog who, for 18 years, was always at her side. She’d had a special bond with her old collie—he was her rock, a constant companion living with her at her practice. She told me that she was struggling without his reassuring presence in her life right now, as she was experiencing some difficulties with her practice and was feeling vulnerable without a familiar source of support.

Jayme told me she’d like to get another border collie at some point—maybe not yet, as she didn’t think she was ready. But if I knew of any breeders in the New York area, where her practice was located, maybe I could pass along some names for the future. I told her I could certainly give her the names of some people to contact, but, if she was interested, there might be another option for her.

Earlier that morning, a friend of mine who works at the Denver Dumb Friends League (DDFL) animal shelter told me about an 18-week-old border collie puppy who had just been surrendered. His name was Lucky, and the folks at the shelter wanted to be sure he went to an appropriate home. Border collies are not for everyone—they are smart and energetic, and they thrive with engaged owners who enjoy their intense temperaments, but those same traits can drive others crazy. Further, this particular puppy had shown some concerning behaviors, such as a bit of resource guarding and some sensitivity to sudden collar grabbing. These behaviors are minor and easy to correct—now, while he is young. But if these behaviors are ignored, they’ll be a lot harder to fix a year from now—increasing the chances that Lucky might be returned to the shelter with entrenched behavioral issues and a much poorer prognosis for finding a forever home. 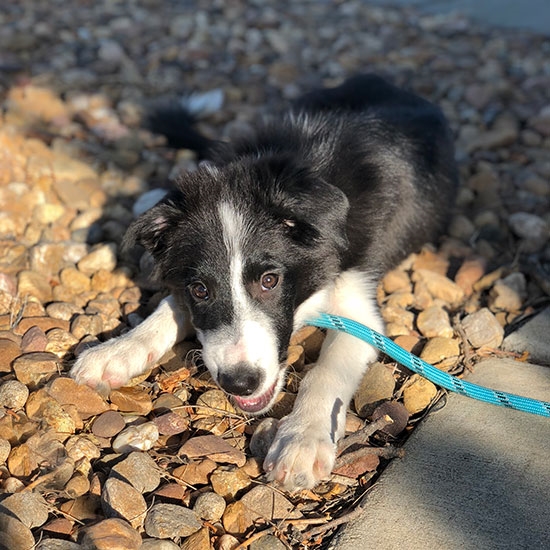 I told Jayme about Lucky. She was immediately intrigued—it turns out Jayme has a particular interest in and experience with behavior shaping. She hadn’t thought about getting a pup just yet, and this pup was a bit older than she expected to one day get, and of course this pup was here in Colorado and she lives in New York. And she was in the middle of attending a conference—it was a crazy idea, but she told me she’d think about it.

We texted each other several times over the course of the next few days at Connexity, and she decided she’d like to meet Lucky. We hoped we might be able to arrange a meet and greet at the Saturday walk with the dogs coming from the DDFL, but Lucky was scheduled for his neuter that morning and would still be recovering. In fact, the shelter staff feared Lucky was cryptorchid and that a more invasive neutering procedure might mean Lucky wouldn’t recover quickly enough to meet Jayme at all, but fortunately this turned out not to be the case. Everything seemed to be coming together to make this happen. 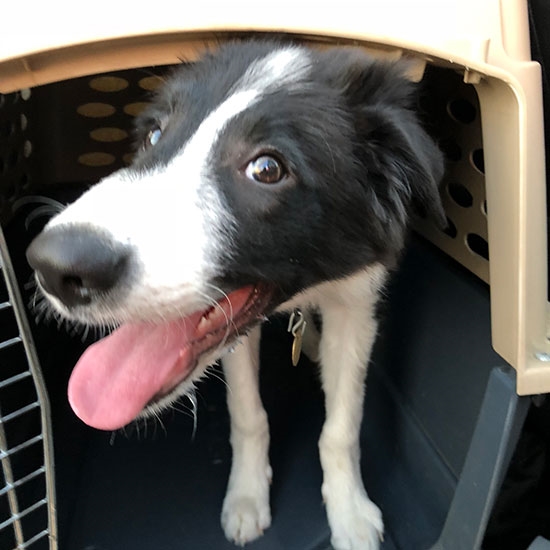 To say the meeting went well would be quite an understatement. It was love at first sight—Lucky leapt into Jayme’s lap and covered her with puppy kisses while Jayme held on tight, tears streaming down her face. This pup needed a new home, and Jayme desperately needed a new buddy (along with a welcome shot of hope for the future). It was a match made in heaven. 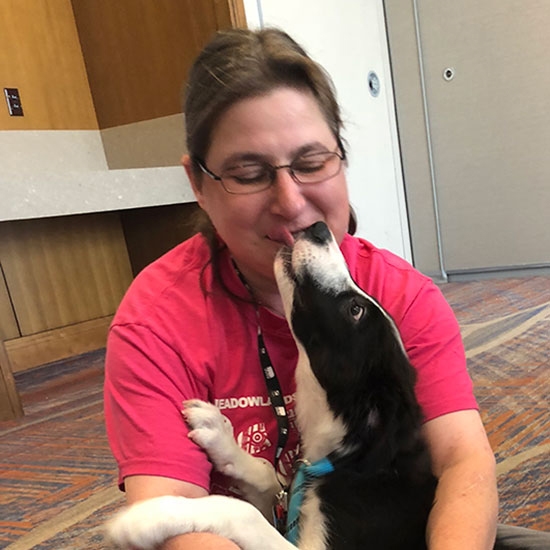 Phone calls were made, and a flight for Lucky to New York was quickly arranged. I’ve been happy to watch Lucky over the past week and will bring him to the airport tomorrow so he can complete his journey back to his new person. But it won’t be easy to put him on that plane. Lucky is quite an exceptional puppy in his own right. He is social and well adjusted, and he is a joy to be around. I’ve watched Lucky play and interact with my own dogs—he is learning a lot about multidog interaction and loves the company. He has become the AAHA HQ mascot, attending meetings with me every day and charming my coworkers with his silly antics. We’ve shared great moments together, but I trust that Jayme is the best possible home for Lucky—they will grow together and provide strength for one another. 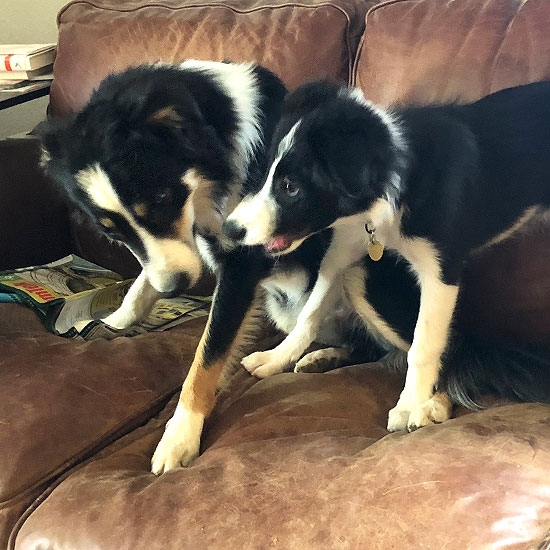 We told Lucky’s story at the closing keynote session at Connexity Sunday morning. The way this story echoes the themes of connection, community, regeneration, and self-care woven throughout the conference was inspiring, and it was gratifying to see this life-changing story play out in real time. When we focus on what we can accomplish together, we can achieve incredible things! 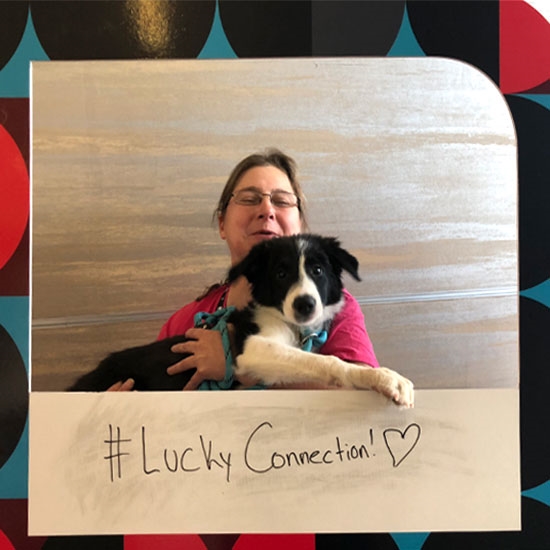