COVID-19 Update: AAHA staff is currently working remotely and will support our members virtually. All orders are currently shipping as normal.
Click here for more information.
AAHA Home AAHA publications NEWStat My, what blue eyes you have—and now we know why

My, what blue eyes you have—and now we know why 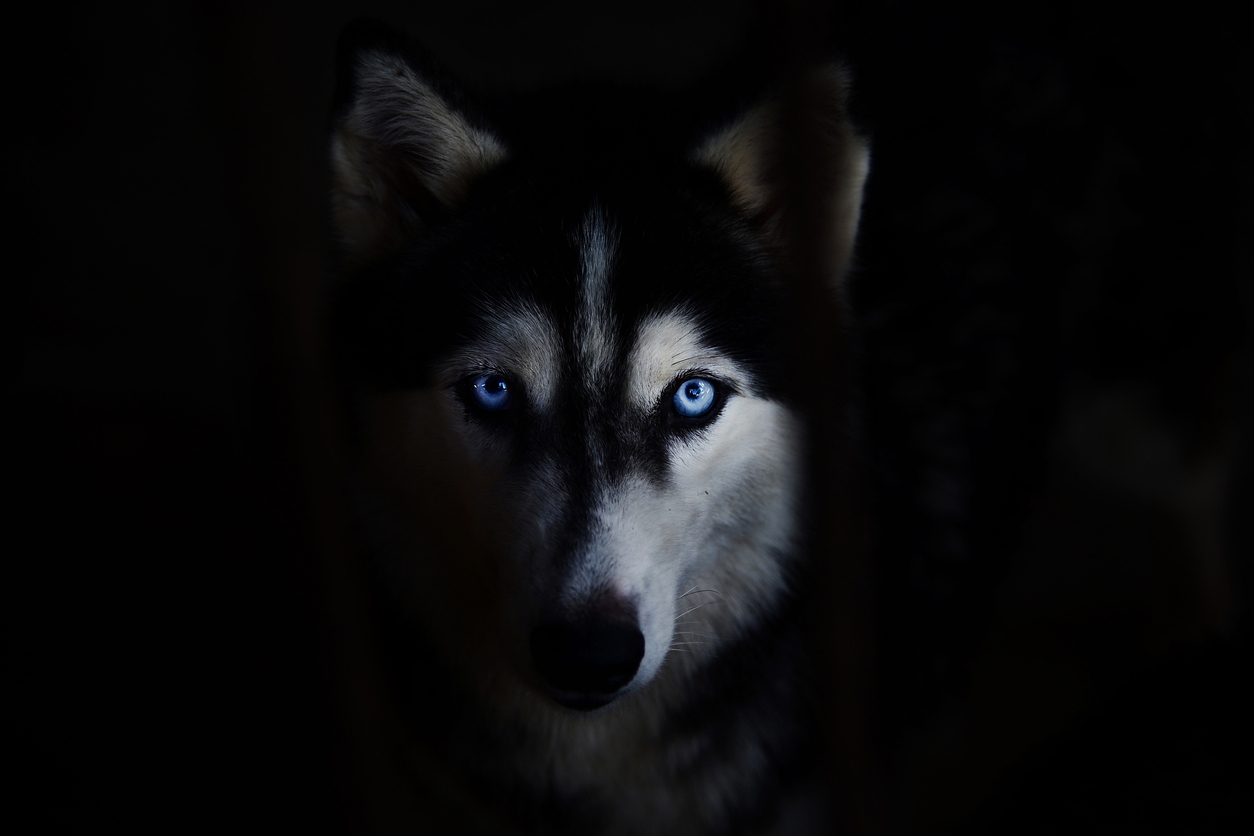 That’s the conclusion drawn by Adam Boyko, PhD, and Aaron Sams, PhD, of Embark Veterinary, a DNA startup company, and several colleagues in a new paper in the open-access journal PLOS Genetics. Embark, a research partner of the Cornell University College of Veterinary Medicine, makes dog-DNA testing kits, which is how the authors gathered their data: through direct-to-consumer DNA testing.

According to Boyko and Sams, this represents the first consumer genomics study ever conducted in a nonhuman model and the largest canine genome-wide association study (GWAS) so far. Consumer genomics enable genetic discovery on an unprecedented scale by linking very large databases of personal genomic data with phenotype information voluntarily submitted via web-based surveys by people who’ve purchased and taken a personal DNA test.

In this case, the information was submitted by pet owners who’d had their dogs’ DNA tested through a DNA-testing service such as Embark. Using a GWAS, markers in the genomes of many subjects are scanned to pinpoint the genetic variations of a disease or a trait, such as blue eyes.

The popularity of human genetic testing exploded last year—in 2017, more than 12 million people had their DNA analyzed by taking a direct-to-consumer genetic genealogy test, double the number who took one in 2016—and the popularity of dog DNA tests exploded right along with it, though official numbers aren’t available. Most people take them to trace their family tree, and that’s one reason pet owners run them on their dogs—to find out what breed or mix of breeds they have.

Another reason is to be able to anticipate health problems associated with certain dog breeds.

Still, despite the growing volume of data regarding dog DNA, the genetic underpinnings of many canine traits remain undiscovered. The piercing, often mesmerizing blue eyes typical of Siberian huskies, for example. Although two genetic variants are known to underlie blue eye color in some dogs, they don’t explain the trait in some other dogs, like Siberian huskies. The authors decided to address this puzzle by using a diverse panel of 6,070 genetically tested purebred and mixed-breed dogs whose owners contributed phenotype data via web-based surveys and photo uploads.

Of the total, 156 dogs had solid blue eyes or partially blue eyes.

By studying the data, the authors discovered what’s known as a haplotype, or a set of genetic variants that are found on a chromosome—in this case, that duplication on chromosome 18, which is near the ALX4 gene, a gene that plays a key role in how the eyes of mammals develop.

Of 156 dogs with blue eyes, 75% had that duplication; most of those were Siberian huskies and the authors believe it explains why their eyes are blue.

The discovery could be a twofer: The authors speculated that the same duplication might also explain why some Australian shepherd dogs have blue eyes.

But there’s still more work to be done; some dogs with the variant did not have blue eyes, which means other genetic or environmental factors are still involved.

More GWAS could reveal the answer.