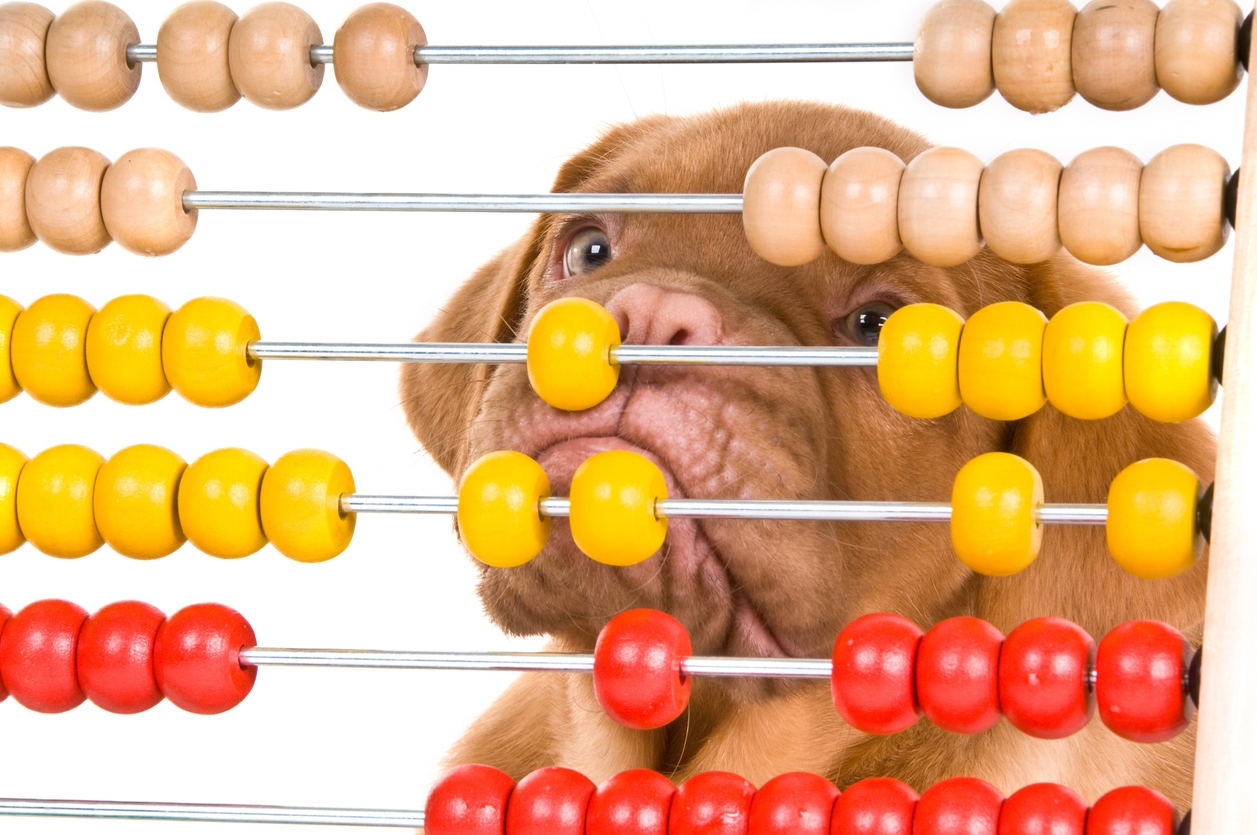 It depends on what you mean by smart. A new study published in Animal Cognition indicates that bigger dogs, who have larger brains than smaller dogs, perform better than smaller dogs on some measures of intelligence.

Specifically, bigger dogs with bigger brains do better on a specific type of intelligence called “executive functioning,” which is linked to self-control in both humans and canines.

In humans, the level of executive function can affect academic success, the ability to navigate social situations, and the willpower necessary to avoid dangerous or self-destructive behavior. In canines, executive function is what enables them to maintain context-appropriate behavior.

Which is why big breeds such as Labrador retrievers and Great Danes have better executive function than small breeds such as Yorkshire terriers and Welsh corgis.

Those are the findings of researchers from the University of Arizona, who obtained their data from the citizen science website Dognition. They used data from more than 7,000 purebred domestic dogs from 74 different breeds. Brain size was estimated based on breed standards.

Dog owners tested their pets’ short-term memory by hiding treats under one of two overturned plastic cups, in full view of the dogs. After waiting between 60 to 150 seconds, the owners released the dogs to get the treats.

The smaller dogs had more trouble remembering which cup the treat was under.

The dog owners tested their pets’ self-control by placing treats in front of the dogs and ordered the dogs not to take it. The owners then turned away and timed how long it took for the dogs to go after the treat without permission.

Bigger dogs were able to keep from going after the treats for longer than smaller dogs.

The researchers also controlled for whether or not the dogs had received any obedience training. Regardless of the level of training received, the researchers found that breeds with bigger brains had better short-term memory and better self-control than smaller dogs.

However, smaller breeds are just as skilled at certain other tasks, such as going to where their owner is pointing when told, which the researchers call an example of social intelligence, which includes the ability to use reasoning to obey commands.

So how exactly does brain size relate to superior executive function?

It’s too soon to say, according to study corresponding author Daniel Horschler, MA, a doctoral student in biological anthropology at the University of Arizona and a member of the university’s Canine Cognition Center.

“The jury is out on why, necessarily, brain size might relate to cognition,” Horschler said. "We think of it as probably a proxy for something else going on, whether it’s the number of neurons that matters or differences in connectivity between neurons. Nobody’s really sure yet, but we’re interested in figuring out what those deeper things are.”

So, until someone can prove otherwise, your dog’s still the smartest.