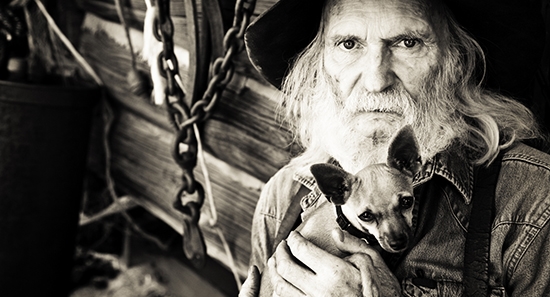 It’s hard to say which one’s hairier: the man or the dog.

But we do know which one’s got more germs in his fur.

That study produced an unintended finding: Men carry more germs in their beards than dogs do in their fur.

The researchers reached this conclusion after taking specimens from the beards of 18 men and from 30 dogs and comparing the bacterial loads of each.

That study generated a lot of light-hearted news stories that missed the actual point of the study—which was to determine if it would be hygienic to evaluate dogs and humans in the same MRI scanner. More specifically, in MRI scanners used in human hospitals.

Most veterinary hospitals don’t have a dedicated MRI scanner due to the costs involved. So, the researchers’ objective was to find out if it would make economic sense to have dogs who required an MRI scan to get one at a nearby human hospital, assuming there was no other veterinary or specialty hospital that did have one nearby.

And the reason they undertook the study was to see if hygiene would be a problem. They note that people are afraid they’ll catch a disease if they share a scanner with dogs. Meanwhile, studies have shown that we share bacteria with our canine companions anyway, regardless of whether we share scanners.

Most of the news stories about the study glossed over that part and focused on this part:

And here’s the finding that generated all those headlines: Human-pathogenic microorganisms were more frequently found in human beards (7 out of the 18 men) than in dog fur (4 out of the 30 dogs).

The media’s most popular conclusion: Men are a bunch of dirty dogs—only dirtier.

Researchers’ conclusion: Dogs are no risk to humans if they use the same MRI scanner.

The researchers also noted that difference in the number of human-pathogenic microorganisms between bearded men and dogs had no statistical significance.

But calling attention to the actual science involved would pretty much kill the joke.

Oh, and the researchers also note that MRI scanners actually tend to be disinfected after scanning dogs, leaving the device potentially more hygienic than after a human been in there.

Insert your own ironic tagline here.