COVID-19 Update: AAHA staff is currently working remotely and will support our members virtually. All orders are currently shipping as normal.
Click here for more information.
AAHA Are you smarter than a specialist? Find out this May at Connexity AAHA publications NEWStat 2019-08 Are cats getting fatter—or just furrier?

Are cats getting fatter—or just furrier? 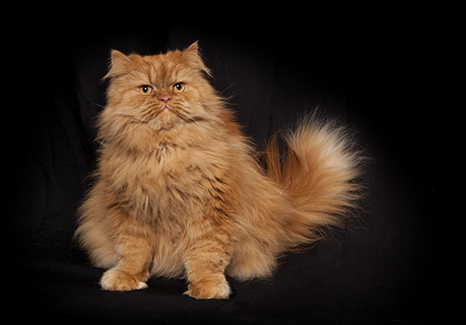 Sometimes it’s hard to tell. But a new study by Canadian researchers based on the records of 19 million cats says that fatter is the answer.

Researchers at the Ontario Veterinary College at the University of Guelph in Ontario, Canada, discovered that most cats continue to put on weight as they age, and furthermore, their average weight is on the rise.

Their findings, published last month in the Journal of the American Veterinary Medical Association, reveal that even after cats mature from the kitten phase, their weight continues to creep up until they are, on average, eight years old.

Coauthor Theresa Bernardo, DVM, MSc, and her colleagues analyzed 54 million records for 19 million cats (many had only 1 visit on file) from veterinary hospitals in the United States and Canada taken from 1981 to 2016. The records included age, breed, sex, and reproductive status, as well as body weight (BW) measurements and the dates those measurements were taken. The team broke down the data to stratify any differences over gender, neutering status, and breed. They also created linear regression models using data for eight-year-old domestic shorthair, medium hair, and longhair (SML) cats to explore changes in BW over three decades (represented by the years 1995, 2005, and 2015).

Mean BW for cats of the four most commonly recognized cat breeds—Siamese, Persian, Himalayan, and Maine Coon—peaked between 6 and 10 years of age and then declined.

The mean BW of neutered eight-year-old SML cats increased about half a pound between 1995 and 2005, and stayed at that average between 2005 and 2015. But individual cats are gaining 2 pounds between maturity and 8 years of age.

NEWStat reached out to Bernardo, professor of population studies at the Ontario College of Veterinary Studies, to ask about the significance of their findings.

“We now have a baseline understanding of the average weight of cats throughout their lifetimes,” Bernardo told NEWStat. “This can serve as a basis for opening discussion about the weight of cats brought into veterinary practices.”

“An overweight cat is at risk of diabetes, osteoarthritis, heart disease, and certain cancers,” Bernardo said. “Older cats tend to lose weight due to diseases like chronic kidney disease or hyperthyroidism.”

Bernardo said that a cat’s weight is an indication of health, and that changes in weight should be cause for concern. Veterinarians should caution cat owners who notice any changes in their pet’s weight to bring it to the veterinarian’s attention.

Bernardo concedes that the average weight gain doesn’t seem like much, but it’s still a concern. “It may not look like a lot in human terms, but two pounds can amount to 20% of a cat’s weight.”

“As veterinarians, we would prefer to keep animals well, rather than treat them once they become sick, and weight management is a part of wellness.” Bernardo noted that weight is something owners can monitor at home, which engages them in the health of their cat.

“Our overall goal is more years of healthy life for our pets,” she added.