TRENDS IN YOUR INBOX: Cultural Revolution—Building a Positive Culture with Positive Leadership 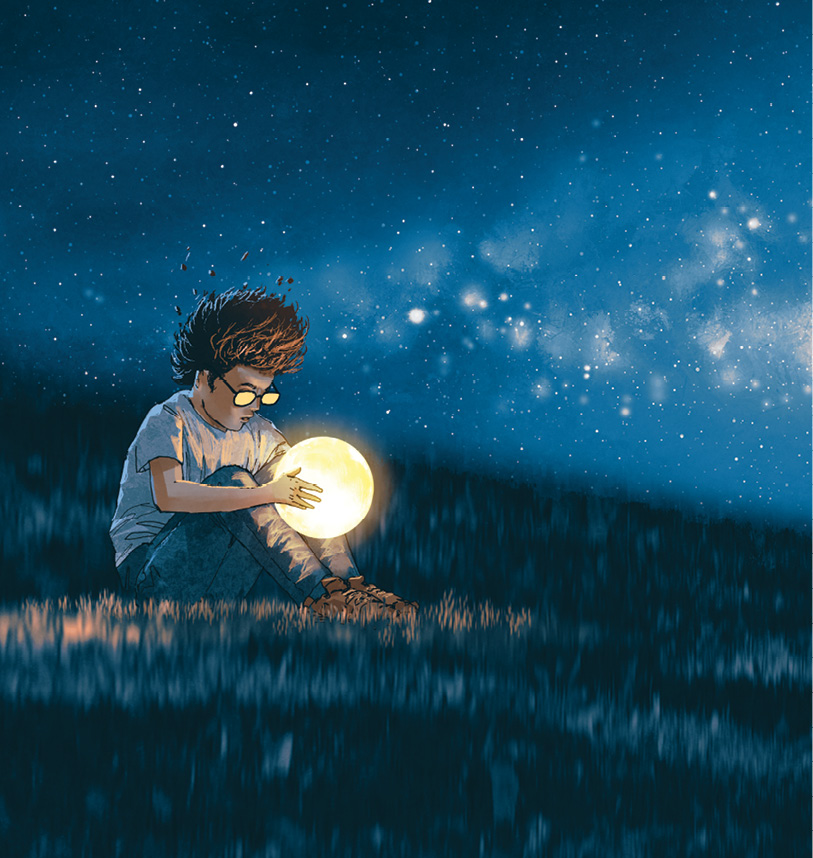 The human brain is a meaning-making machine. It automatically and instantaneously creates a story to explain every circumstance, event, and experience.

Leading a thriving veterinary team is hard. In the uncertain world of COVID-19, it’s an unprecedented challenge.

It doesn’t have to be.

Veterinary professionals are capable of so much, and you, as a veterinary leader, have an incredible capacity to unleash that.

A few weeks before the pandemic broke out, I facilitated a workshop for a successful group of veterinary hospitals.

Despite its falling on a Sunday (their normal day off), the entire team of 100 employees showed up and participated enthusiastically. They welcomed me warmly, worked together seamlessly, were motivated to participate, and supported each other throughout the day.

I didn’t want to leave.

This was a culture built by positive leadership and it was awe-inspiring.

This group was in one of the COVID-19 epicenters. After the virus hit, I reached out, and the responses I got from leaders were both heartbreaking and inspiring. They were struggling, hurt, like so many of us, by the unprecedented challenges.

They were also coming together, in one voice, to persevere and survive.

For years prior, they had put in the work to cultivate a culture in their hospitals that gave them a special kind of resiliency when they needed it most.

How can we, as leaders, accomplish the same in our practices?

What Is a Positive Culture?

The human brain is a meaning-making machine. It automatically and instantaneously creates a story to explain every circumstance, event, and experience. And thank goodness for that. It helped humans survive.

Imagine you’re a caveman out hunting with a friend. In the distance, you see a creature approaching. You can’t quite make it out—A zebra? A saber-toothed tiger? All you know is it’s coming your way. Fast.

Your friend lacks the meaning-making mechanism. He doesn’t react very quickly, taking the time to consider all options.

You, however, hear your brain scream, “Tiger!” You run.

Who is more likely to survive and pass on their genes?

Most of the time, these days, this mechanism is beneficial.

But sometimes—especially in social contexts—the story it tells us is incomplete at best, flat-out wrong at worst.

How many times have you spoken to someone at work, gotten a less-than-positive response, and instantly assumed they were upset with you, only to find out later they were simply ultra-focused on a project or had just gotten some bad news?

What does this have to do with a positive hospital team culture? A lot.

Culture is the norms and expectations among a group of people. It’s both the spoken and unspoken “how we do things here.”

The written and spoken rules, policies, and procedures are a very small part of what makes up culture. The bulk of culture is based on perception—the story the meaning-making machine tells to fill in the gaps.

Your hospital may have a written policy that says, “No refills for pets we haven’t seen in over a year.” I’ve yet to be in a hospital that hasn’t broken this “rule” and made exceptions, sometimes with regularity.

The rule says, “No.” The culture says, “Sometimes.” Culture wins. 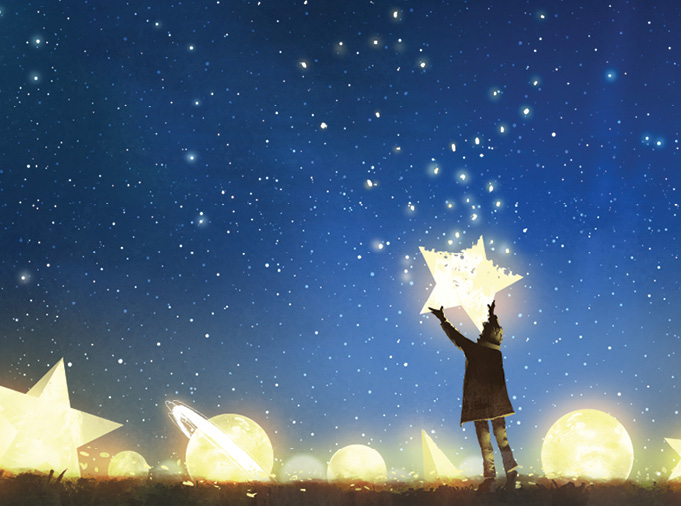 In positive cultures, people are engaged, driven by purpose, and full of enthusiasm.

All veterinary leaders want a positive culture in their practice. But what do they mean by “positive”? A team that’s happy all the time? A practice that never experiences challenges or adversity?

I think leaders want a motivated team. But I think there’s an unspoken word missing.

People can be motivated in a variety of ways. I’ve seen highly motivated teams running around like their pants are on fire, desperate to put the fires out so that they get paid or don’t get yelled at or fired.

Those cultures have high rates of turnover and burnout and low team morale and wellbeing, and they tend to underperform.

I think what leaders really want are enthusiastically motivated teams. In positive cultures, people are engaged, driven by purpose, and full of enthusiasm. These cultures have low turnover rates, low burnout rates, high team morale, and an overall sense of elevated wellbeing. They also outperform their peers.

The hospital group I worked with has a positive culture.

How do they do it?

Their leaders routinely practice five important things: they embrace the suck, practice positivity, clarify, defend with why, and cycle.

I knew a hospital manager who had a strict “positive vibes only” policy. If someone showed up with a less-than-stellar attitude, they’d be sent home. She believed that in a positive culture, things must be positive all the time.

This approach is ineffective, and potentially damaging. It forces people to build a story in their minds that says, “If I’m experiencing a negative emotion, something is wrong with me. I’m the problem.”

Research suggests that the “positive vibes only” approach is impossible to maintain, and may actually contribute to increased negative emotional states and physiological damage.

The truth is, negative emotions are both normal and necessary.

Positive leaders not only recognize this truth, they embrace it.

Positive leaders allow open and regular sharing of these feelings and experiences. They create an environment of psychological safety in which both sides of the coin are not only allowed but accepted.

This supports growth and learning. In fact, psychological safety is the top predictive factor of high-performing teams.

In between the inevitable negative moments, they fill the social capital bank account with routine “positive” deposits.

Most staff meetings I’ve seen include some combination of the following:

There’s a time and place for all of the above. Leaders need to share things, problems need to be discussed, and teams need to have clarity.

But there has to be more.

Positive leaders know they must fill the social capital bank account with a routine abundance of “positive” deposits.

Exceptionally successful organizations have a cultural bias toward what’s good, what’s going well, and the strengths of the individuals, teams, and the whole entity. Researchers call this an “affirmative bias,” and it doesn’t happen by accident. It’s nurtured by positive leaders.

Before my workshop began, leaders from the hospital group reviewed the prior year. They shared challenges—past, current, and expected in the future. They also vividly described what went well the prior year and who contributed to it, and they gave enthusiastic kudos to all involved, all the while describing people’s “superpowers.”

I’m told by team members that this is common practice there.

Positive leaders are constantly scanning for what’s best about each other and the group. They do this by finding ways to formalize positive conversation in a genuine way. For example, they might:

In doing this, positive leaders enable a culture in which people are energized to be and do their best. Enthusiastic motivation is at hand so long as it can be harnessed in effective ways. 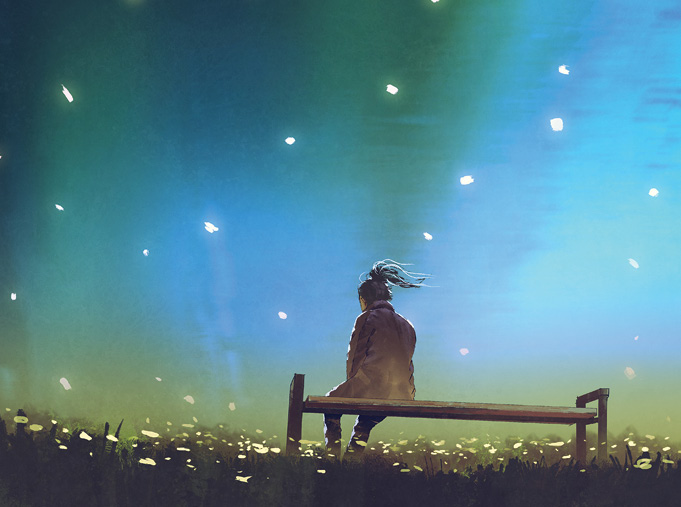 Research suggests that the “positive vibes only” approach is impossible to maintain, and may actually contribute to increased negative emotional states and physiological damage.

You’ve seen it before—a client calls in a refill, and you process it on the computer, print the label, and go to the pharmacy to fill it, only to find that the hospital is out of that drug.

Now this client has to wait while you place a special order.

We know one of the top predictors of engagement at work is role clarity. We also know that sustainable motivation is based in large part on a sense of autonomy, the belief that we have meaningful control over how we work.

Positive leaders maximize both role clarity and autonomy. Here is one way to do so: Create formal, explicit, and shared expectations for all roles and responsibilities. A great tool for doing this is called the RACI Matrix. Gather important stakeholders, select a role or responsibility (get a bit granular here), and write out the following:

Once roles and responsibilities are clarified, positive leaders get out of the way and let the Responsible party get work done in the best way they see fit. Positive leaders are not micromanagers.

Positive leaders are also explicit and clear about the most important aspect of work—why it’s being done in the first place.

Fourth, Defend with “Why”

I find most folks are called to this field because of a deep desire to improve the lives of animals and the people attached to them. These are the “higher” purposes of our work.

What if I asked you why sweeping the exam room for the twenty-fourth time today is important? It’s harder to see—and feel—the tie to the greater purpose in that moment.

The SBI Feedback tool can help.

Every day, people are doing good work. As an aspiring positive leader, take a daily scan of the good work occurring around you and call it out. Here is how it works:

This is a motivating way of leading and has the added benefit of enhancing meaningfulness at work.

But positive leaders don’t stop there. They refer to the Why for everything from policy changes to hiring to strategic planning. At every meeting, in most conversations, the Why comes up.

In this way, purpose becomes the culture’s foundation.

And it never stops.

I find most folks are called to this field because of a deep desire to improve
the lives of animals and the people attached to them.

Positive leadership is not a checklist item. It’s not a mountain one climbs, savors, and never climbs again.

Positive leadership is a neverending cycle of try, review, evolve, try again. And positive leaders know this. So they don’t get to step five and stop. They run through it again, looking for new ways to embrace the suck, make habits of positivity, clarify to empower, and defend with why.

That’s why the hospital group I worked with brought me in. They weren’t content with their existing positive culture. They wanted to nurture it so it would grow.

You’ve got this. You have superpowers.

And you don’t need to do it all, be it all, or run the race alone.

For example, meaningfulness in work predicts reduced burnout in team members. But the lowest rates of burnout occur when people feel their work is meaningful only 20% of the time.

Furthermore, research suggests that cultural changes don’t need wholesale buy-in to take hold. In fact, the tipping point might be as low as 25% of the population. If you can get just a quarter of your team on board with your positive leadership practices, you’ve got it!

Additionally, research has taught us that positive change works best when leaders take an “invite and inquire” approach. Include others on the team, invite them to support you, and ask about what’s working, what isn’t, and what might. Empower them to be part of the change.

Finally, get a coach or consultant who can help support you. Every high performer has someone supporting their growth, celebrating their wins, and helping them learn from their stumbles.

Again, you’ve got this.

Now go bring out the best in your team.