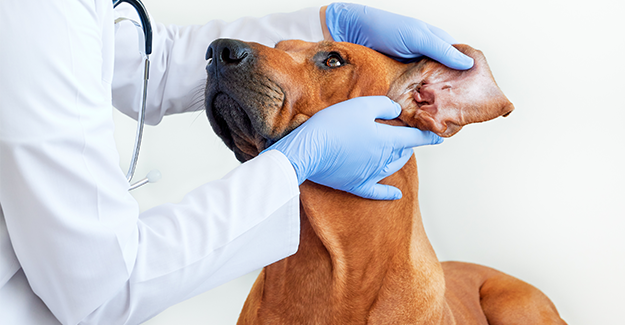 Progressive hearing loss early in life in both dogs and humans is known as early-onset adult deafness (EOAD), and some dog breeds—such as border collies and Rhodesian Ridgebacks—are more prone to it than others.

First, the researchers conducted an online survey of private dog owners of Rhodesian Ridgebacks who agreed to participate in scientific research. Researchers then extracted DNA from buccal swab samples collected by the dog owners. Using more than 220,000 genetic markers, the researchers analyzed the samples and localized the genetic association to the EPS8L2 gene, with further DNA sequencing and genotyping identifying a deletion predictive of EOAD.

They also found that the mode of inheritance for this variant is likely autosomal recessive, which means that both parents have to be carriers for the offspring to be at risk for the condition.

The discovery is the result of more than a decade of research and collaboration between breeders, dog owners, and scientists. Working with researchers at the UC Davis Veterinary Genetics Lab, Embark Senior Director of Scientific Discovery Mark Neff, PhD, was part of the team that discovered a genetic connection to canine EOAD in border collies in a 2012 study.

But it wasn’t until Embark teamed up with the Rhodesian Ridgeback Club of the United States and the nonprofit organization projectDOG in 2020 that they were able to perform the genome-wide association study.

“By informing Rhodesian Ridgeback breeders about this genetic mutation in their potential breeding pairs, we can virtually eliminate this condition in Ridgebacks via genetic screening,” said Embark CEO Ryan Boyko.

When veterinarians can identify EOAD in their patients early on, they can get proactive about the dog’s care. This can mean training using visual cues instead of sounds, adding tags to leashes and collars identifying the dog as deaf, and avoiding startling the dog. Embark notes that Rhodesian Ridgebacks often cope quite well with this form of heritable deafness, especially if they have a hearing canine housemate whose cues they can follow.

“The single constant in the decade-long search for this mutation has been the dedicated breeders who painstakingly worked with their puppy owners to provide the samples that made this discovery possible,” said Denise Flaim, former co-chair of the Rhodesian Ridgeback Club of the United States Health and Genetics Committee. “Now we can identify carriers, which can be bred safely to non-carriers, to maintain genetic diversity and confidently produce hearing offspring.”