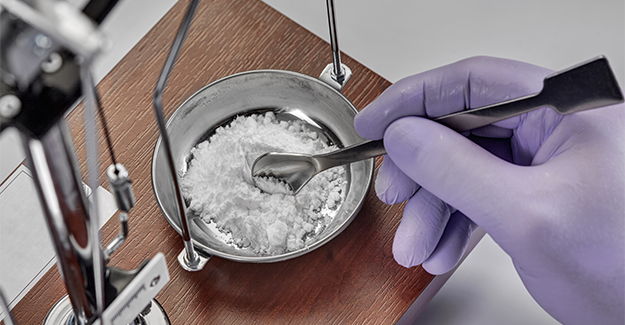 NEWStat recently published a story about the US Food and Drug Administration (FDA) Guidance for Industry #256: Compounding Animal Drugs from Bulk Drug Substances (GFI #256). It’s a complicated issue, and many of our reader still have questions about what it means and how it affects their practice.

One question that cropped up was, what exactly is a bulk drug substance?

According to McCoig, a bulk drug substance is the active ingredient in a compounded drug. “They’re unapproved drugs.” McCoig said. “They haven’t been reviewed by FDA.”

“I think that a lot of veterinarians have the misconception that compounded drugs are really just tailored a specific drug for their patient, and they’re equivalent to approved drugs, but kind of tweaked,” she said.

The FDA opened their draft guidance for public review in 2019 and received more than 2200 comments.

McCoig said they spent “a long time” going through those comments

“So we wanted to be responsive to vets’ needs and make this guidance a balance of making sure that safe drugs are used and that we’re considering the safety of the animal patients, but also addressing veterinarians’ needs and recognizing that that there is some room for compounded products.”

Office stock are medications that could be sitting on shelf in a practice for an unknown length of time. “We don’t know the stability of those products because, again, these are unapproved. No one has looked at them. So we don’t know the stability or the efficacy of those products,” McCoig said, and that’s of concern to the FDA. “If a practice has that medication on the shelf and over time distributes it to 50 different patients then that’s 50 more patients that could be exposed to a potential problem.”

“Unless it’s a copy of an approved product, we don’t limit what bulk drug substances are used in those patient-specific prescriptions,” McCoig said. “So really it’s petty open what vets can do for that particular patient, and we think that that’s a way that vets can have access to what they need for the patients.”

Approved products in this case mean patented drugs manufactured by pharmaceutical companies that have been reviewed and approved for animal use by the FDA.  And a compounded drug can’t use the same active ingredient in the same route of administration as an FDA-approved animal drug.

When would a copy be needed? Sometimes there’s a drug that’s approved for humans that a veterinarian could use in an extra label manner, and it might have an ingredient that can’t be used in that particular species.

McCoig offers Xylitol as an example. “It’s in some drugs, but it’s toxic to dogs so if an approved drug has it you wouldn’t want to use it. If you needed the same ingredient in a product that contains xylitol, you’d be able compound that drug for a dog,” she said. “There’s a lot of times where veterinarians will take the human approved drug such as human gabapentin off the shelf and repurpose it for use  in an animal, but in this case, that human drug contains xylitol. So you’d ask the pharmacist to basically make the same drug, minus the xylitol.”

“If that’s the case, then we still allow for that,” McCoig said. “We just ask that a medical rationale is provided.” That means that the pharmacy would have to note why the approved drug can’t be used. They can do that either by calling the vet or the vet can just put it on a prescription if that’s easier for them. “We wanted to make sure that that burden is not on the vets.”

“We want to make sure people know that the FDA recognizes that there’s a need to compound from bulk drug substances, and we want this policy to be flexible so that veterinarians can have what they need when they need it,” she said. “And we’re open to listening.”

“Our primary goal is to make sure the veterinarians have access to what they need.”