AAHA AAHA publications NEWStat® 2022-05 Who do you feel more empathy for, animals or humans? A new study says it all depends

Who do you feel more empathy for, animals or humans? A new study says it all depends 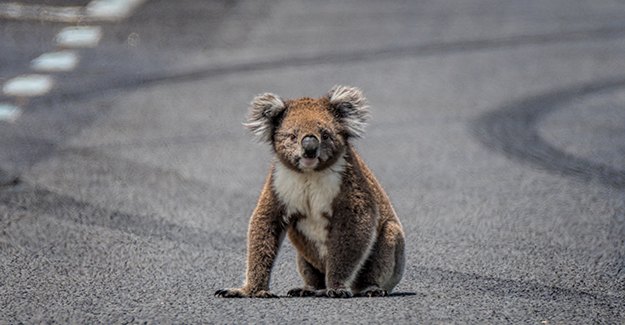 Are people more likely to feel empathy for animals, or for humans? The answer is complicated, but it boils down to a question of context.

That’s according to new research out of Penn State.

When stories about animals who meet a tragic end go viral, it’s often because the plight of those animals touch something deep inside people—think Harambe the gorilla or Cecil the lion. And oftentimes the outpouring of emotion that accompanies those stories induce a chorus of opposite reactions of the “Come on, it’s only an animal; save your tears for people who are suffering” variety.

Which begs a question: are people more likely to feel empathy or animals, or for humans?

Researchers at Penn State hoped to find out, and their findings indicate that that when people in a study were asked to choose between empathizing with a human stranger or an animal—in this case, a koala bear—people were more likely to choose empathizing with a fellow human.

At first, anyway; when the researchers conducted a second pair of studies, the results told a different story.

In the first study, 193 participants were asked to make a series of choices between empathizing with a human or an animal. Those who chose a human were shown a photo of a college-aged adult and asked to mentally share their experience. Those who chose an animal were shown a photo of a koala bear sand asked to do the same. Most chose to empathize with humans.

Lead researcher, Daryl Cameron, PhD, associate professor of psychology and senior research associate at Penn State’s Rock Ethics Institute, said that when participants had to choose between empathizing with a person or an animal in the first study, it’s possible the participants thought it might be easier to empathize with another human.

He said the findings suggest that context matters when people are trying to decide whether to engage in empathy. matters.

“It’s possible that if people are seeing humans and animals in competition, it might lead to them preferring to empathize with other humans,” Cameron said. “But if you don't see that competition, and the situation is just deciding whether to empathize with an animal one day and a human the other, it seems that people don’t want to engage in human empathy but they’re a little bit more interested in animals.”

Cameron’s team defined empathy as the process of thinking about another living thing’s suffering and experiences as if they were their own: For example, if someone feels sad after an argument with a friend, just having compassion for them doesn’t qualify as having empathy for them—that would be sympathy. Empathy would require that you actively imagine and share in what that person is feeling; empathy requires being able to put yourself in their shoes and be able to feel what they’re feeling.

And while there are plenty of examples of people feeling empathy and compassion for animals, Cameron said there’d another theory that says it may be more difficult for people to feel true empathy for animals since their minds are different than those of humans. In other words, it’s hard to imagine and share in what an animal is feeling because we have no idea how an animal’s mind actually works, or what they’re feeling.

Cameron said further studies will be needed to see if these findings extend to other animals besides koala bears, but the results could have interesting implications: For example, if it turns out that people empathize less with animals when animal interests are pitted against human interests, that could affect how people feel about environmental policies.

“If people perceive choices about empathy in a way that makes it seem like we need to choose between humans or animals with no compromise—for example, choosing between using a parcel of land or conserving it for animals, for example—they may be more likely to side with humans,” Cameron said. “But there may be ways in which those conversations could be tweaked to shape how people are thinking about managing their empathy.”