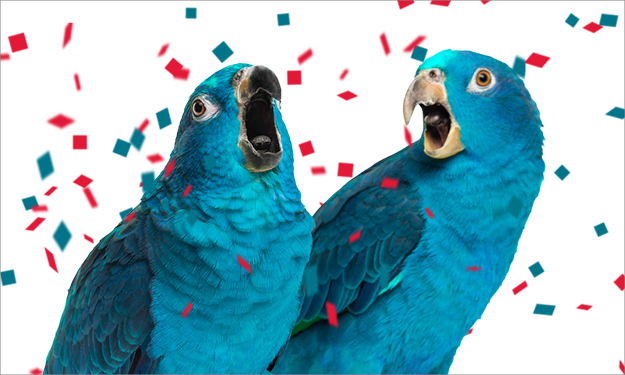 It’s been good year for AAHA—thanks to you, our member hospitals.

Among other things, AAHA accredited its first-ever hospital outside North America—Daktari Animal Hospital in Tokyo, which last week became the first overseas practice to earn AAHA accreditation in our 89-year history. Daktari joins more than 4,500 accredited hospitals in the US and Canada. Another 125 hospitals are in various stages of accreditation.

And AAHA accredited our first 3 hospitals in End of Life Care (ELOC) Accreditation, a brand new option for veterinary hospitals.

But we’re keenly aware that AAHA-Accredited Hospital Day isn’t about AAHA, it’s about our accredited hospitals—and more importantly, about the dedicated veterinary professionals who work there and spend their days upholding the AAHA standards of care—standards that reflect their own expectations of themselves.

Pam Nichols, DVM, owner of AAHA-accredited Animal Care Daybreak in South Jordan, Utah, and a past-president of the AAHA Board of Directors, knew from the beginning that she didn’t reflect AAHA’s standards of excellence so much as AAHA reflected hers.

And in the years since, Nichols has only employees whose professional standards of excellence align with her own—and with AAHA’s. She said that’s allowed her to bond her clients to her team, not to individual doctors: “I have bonded them to the fact that I have an exceptional team and we reiterate that over and over and over again.”

“I am poised for growth,” Nichols adds, “Because I have this exceptional Team.”

Scott Dreiver, DVM, owner of Animal Hospital Highway 6 in Sugar Land, Texas, and a member of the AAHA Board of Directors, started working at an AAHA-accredited practice straight out of vet school, and said the practice stood out because of their commitment to practicing excellent medicine for their clients and patients.

“Since then, being accredited has remained important to me because it challenges me to always do better, not just with the practice of medicine, but with staff and the business side of things,” Dreiver said. “AAHA standards of accreditation help me focus on areas where we can improve that might not have ended up on my radar otherwise.”

Or remind people of things that were already on their radar, but they may have forgotten in the hurly-burly of day-to-day veterinary practice.

“Some things just fall by the wayside, despite your best intentions,” Rebecca May told NEWStat.

May has worked as a practice manager at both accredited and non-accredited practices in the past and currently is Marketing and Public Relations Manager at AAHA-accredited Happy Tails Emergency Veterinary Clinic in Greensboro, North Carolina. She said that the process of going through an AAHA evaluation is invaluable in reminding her and her staff of what’s important.

“For example, when we went through our last evaluation at Happy Tails, we passed,” May said. “But didn’t do as well as we would have wanted to.”

Where May feels that they didn’t do as well as they could have was in the area of CPR. She said Happy Tails had that standard nailed in the past, but the person in charge of it left, “and we didn’t realize it was a weakness until we had our evaluation and had to look at it.”

She said they’ve since trained several staff members in that particular standard so that they know they’ll have it covered going forward: “Not just for passing AAHA evaluations,” she added, “But for us. Because that’s what we want.” It’s the kind of excellent medicine her staff wants to practice.

How else do accredited hospital staff reflect AAHA’s standards of excellence? Pam Nichols likes to tell this story about one of her techs.

“One day she was intubating a great Dane, and she held up am endotracheal tube and called to me, ‘Hey Dr. Pam?’ I said what. She said, ‘Thank God for AAHA.’ I asked why. She said, ‘Because I’ve never worked at a practice that actually sterilized their endotracheal tubes in between patients—or used new ones.’

“I told her, ‘That’s really fricking cool!’ That AAHA standard about endotracheal tubes was her personal point of excellence.”

Even cooler, Nichols said, that tech will use that particular standard to convince clients about the importance of AAHA accreditation to their pets’ health.

“If anybody asks her why our hospital is AAHA-accredited, and what does that mean, she’ll say, ‘Well let me just tell you: if it’s not an AAHA-accredited hospital, you have no idea if they’re putting a sticky, gross, non-sterilized endotracheal tube down your dog’s throat.’”

Nichols laughs again. “And that is a very visual thing to a client.”

If they didn’t get it before, they do now.