How to reduce employee theft 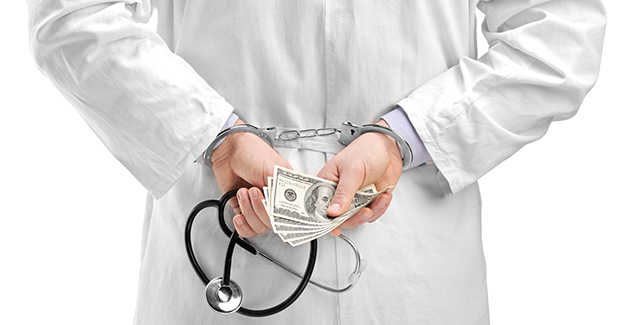 Seventy-five percent of employees have stolen from their employer at least once, according to the US Chamber of Commerce. And sadly, veterinary staff are no exception—in a 2010 AAHA survey of AAHA-accredited practices, 86% of respondents reported that employees had stolen from the business. Most (83%) reported that money was the main thing that went missing. Drugs and supplies each accounted for about 32% of stolen goods; services, 13%.

Even small thefts over time can add up to big losses. But there are steps you can take to control it, said veterinary consultant Debbie Boone, CVPM. In her nearly three decades of managing veterinary practices, she’s seen her share of financial shenanigans.

As president of 2 Manage Vets Consulting, Boone regularly advises practice owners on how to cut down on employee theft. She told NEWstat that research shows most employee theft is due to a lack of internal controls such as a system of checks and balances.

She said employee theft always increases in tough economic times: “When the economy tanked in 2008, I started hearing stories of practices being ripped off for ridiculous amounts.” She said that any time the economy cranks down, “there’s always more embezzlement.”

And Boone said that right now, with inflation at its highest level in 40 years, the time is ripe for practices to see a jump in employee theft.

Smaller, single-owner practices are especially at-risk: “They often have a family-type atmosphere where there’s a high level of trust. They have smaller staff, so everybody does everything.” One person puts money in the register, another will do the nightly bank deposit, someone else will pay the bills. “And that’s where we run into problems. At all these points there’s an opportunity to steal.” And it can spread outwards from there. “Accountants have stolen from practices, trusted advisors have stolen, even business partners and significant others.”

In short, anyone the practice owner trusts can be a weak spot.

The most important thing a practice owner can do

While a busy practice owner can’t keep their eye on everything, Boone said there’s one thing they can do that can help enormously: “Always have their bank statements come to their home.” And then look at them. “Know what’s normal . . . very few hospital owners look at P&L [profit and loss] statements on a monthly basis . . . then they don’t know what they’re looking at.”

“Looking at your P&L is very similar to looking at blood work,” she added. “If the levels are off, that’s a red flag. If labor costs are too high, investigate that. If food costs have jumped, somebody’s stealing. It’s easy to shove a can of food in your pocket.”

Boone said embezzlement is most often traced to team members who handle point-of-sale transactions. “They can pocket cash; they can steal credit card numbers.” But she said people in management are often the ones who steal the big money, especially if they keep the books. “They often have complete control. They can give themselves a payroll bonus or reimburse themselves for things that don’t exist. One manager bought her son a new car on the hospital credit card.”

She knows of managers who’ve racked up $200,000 to $300,000 on company credit cards. That’s what can happen if owners aren’t looking at the P&L statements, she said. If your hospital is hemorrhaging money, “Look at the manager.”

Boone said it’s critical to put the right protocols in place before it gets that far. “That’s why there should be checks and balances,” Boone said. “In my hospital, a different employee took the deposits to the bank every night. As the bookkeeper, I wrote all the checks. My practice owner reviewed the bills and signed those checks.”

Another tip: Talk to your reps. When a bill that’s always paid on time is suddenly overdue? “That’s a red flag,” Boone said. “The owner won’t know it until the company cuts them off. The reps won’t say anything because they don’t want to upset the client. They’ll let it go. So, make a point to ask them, ‘Are my bills paid on time?”

Stolen drugs are a big problem, so Boone said make sure you have a good system in place: “Following the AAHA guidelines is a good place to start.” She said she’s been in some non-AAHA-accredited hospitals where she’s seen drug boxes open on the floor with clients walking by. “Everybody had access!”

She said that things have tightened up on that front in recent years, largely due to increased oversight by the FDA, which is why internal controls and a system of checks and balances are the key. Especially now, with practices busier than ever, and the economy poised to do who knows what.

“The busier we are, and the more short-staffed we are, the more shortcuts we take,” said Boone. “So, take regular inventory. Check your P&L statements. Rotate the financial duty.”

In matters of theft, should you ever involve the police?

That depends on what’s stolen, said Boone: If it’s petty cash, you may just want to let the employee go and write off the loss. “But if it’s big money? Absolutely call the police.”

Many hospitals have insurance that covers employee theft, but that shouldn’t lull owners into a false sense of security—as Boone cautions, it doesn’t cover everything: “If the culprit is a known criminal—has a criminal record—it’s not covered. If it’s a partner in the business, it’s not covered,” she said. “Payroll isn’t covered. Neither are bonus checks.”