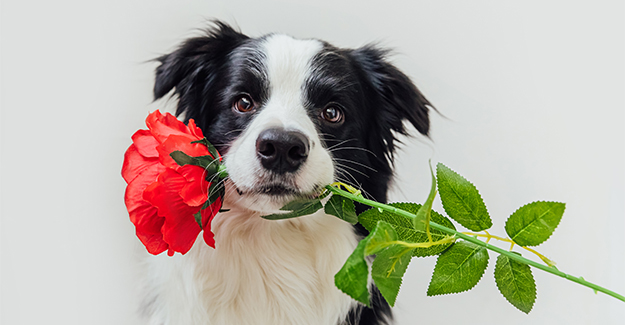 It turns out that adopting a dog is a lot like dating, only without the “getting-to-know-you” cup of coffee.

Those are the findings of a 2019 study by Samantha Cohen, PhD, a postdoctoral research associate at the University of Virginia, who led the research on dog adoption as a doctoral student at Indiana University (IU) with the help of Peter Todd, MPhil, PhD, professor of cognitive science, psychology, and informatics at IU.

Cohen told NEWStat that her stint as a volunteer adoption counselor at a local animal shelter while studying human dating behavior with Todd inspired the study. “I talked with visitors about our available animals, [discussed] their preferences for a pet, and introduced them to ones [who] seemed like a good fit.”

One day, after a visitor told her he was looking for certain kind of dog but wound up adopting a very different kind of dog, she realized that “we see the same thing in mate choice—saying you’re interested in someone with some particular traits, and then pursuing partners with qualities that don’t always correspond.”

It was an epiphany.

“I realized what I was experiencing at the shelter could be the same phenomenon, but in a different setting,” Cohen says. That’s when she conceived the study: “The results could help guide shelters, [which] often have limited resources, in pairing visitors to their pets.”

Using data gathered from the same shelter where Cohen volunteered, she and Todd categorized the dogs based on 13 traits: age, sex, color, size, purebred status, previous training, nervousness, protectiveness, intelligence, excitability, energy level, playfulness, and friendliness. Then they surveyed the preferences of 1,229 people who visited dogs at the shelter, including 145 who eventually adopted.

Although most participants in the study listed many traits they preferred—friendliness was the most popular—they ultimately selected dogs who matched only a few of their preferences, such as age and playfulness, while putting less emphasis on traits such as color, sex, and breed. It’s a phenomenon known as the stated–revealed preference gap.

In short, what people say they want and what they’ll take are often two different things.

Todd found a similar disconnect in his research on speed dating: People’s stated romantic preferences tend not to match the partners they choose.

But as Cohen points out, “A gap between stated and revealed preferences doesn’t mean someone didn’t get the dog they wanted at the shelter.” Someone can still adopt a dog who fits their true preferences and makes them happy, but those preferences wouldn’t match what they told researchers, Cohen says. “I like to give this example: Someone might walk into a shelter initially wanting a young dog, but after playing with a few, quickly realize they don’t have enough time for all that energy and instead seek out a senior [dog] who needs less exercise.” So they adopt an older dog and are quite happy, even though the qualities of their chosen dog don’t match what they originally said they wanted. The main takeaway, Cohen says: People might have preferences, but those preferences may not have a big impact on which dog they ultimately choose. “So the finding of our paper is certainly not that individuals are coming in with unrealistic expectations for shelter dogs.”

In fact, Cohen says, “Most of an adopter’s preferences were fulfilled even by a random dog.”

That is a lot like dating: We start out with idealized visions of what we’re looking for in “The One.” But in the end, we wind up going home with the one we’ve come to love.