‘Mysterious’ Parvovirus-like illness turns out to be . . . well, parvovirus 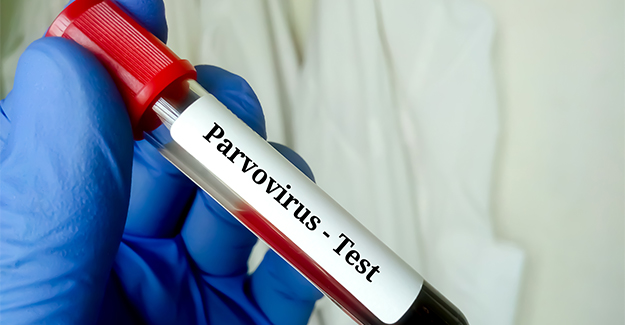 When more than 30 dogs in Northern Michigan died from an undiagnosed illness recently the first news reports called it “mysterious” and “parvo-like.”

Parvo—or canine parvovirus infection—is a highly contagious and potentially fatal illness that affects dogs. The virus manifests itself in two different forms, intestinal (the most common) and cardiac. And while the symptoms of the Michigan dogs—which included vomiting, diarrhea, and bloody stools—suggested gastrointestinal parvo, those dogs tested negative for the virus at local clinics and shelters.

Jennifer Holton, communications director of the Michigan Department of Agriculture and Rural Development (MDARD), the agency charged with fielding reports of the outbreak, told NEWStat that those initial negative test results contributed to a flood of misinformation on social media about the nature of the “mysterious” outbreak—which in turn led to fear and uncertainty among many pet owners in the area, some of whom worried that the local canine population was at risk of infection by some lethal new virus.

Further confusing the issue: some of the affected dogs—all under the age of two—had been vaccinated for Parvo. But as it turned out, none had a history of complete vaccination. (According to the just-released 2022 AAHA Canine Vaccination Guidelines, parvovirus is a core vaccine—and that includes at least 3 doses of a combination vaccine between 6 and 16 weeks, 2-4 weeks apart.)

The mystery was solved once the MDARD sent samples from the sick dogs to the Veterinary Diagnostic Laboratory (VDL) at the Michigan State University College of Veterinary Medicine, which confirmed the initial suspicions of the local veterinarians on the ground: the parvo-like illness was parvo.

NEWStat reached out to Kimberly Dodd, DVM, PHD, MS, director of the VDL, to find out more about the conflicting test results.

Dodd told NEWStat that the actual number of dogs who tested negative for parvo at point-of-care (POC) clinics and shelters is unclear, as is the reason for the discrepancy between those tests and the ones run at her lab. She noted that POC tests for parvo are screening tests done to help guide short-term decisions on isolation, disinfection, and treatment protocols. “That said, the testing performed [at VDL] is considered the gold-standard—we’re able to look for the virus using multiple modalities [such as] PCR, sequencing, histology, and immunohistochemistry—and as a result, laboratory ​testing is more accurate than POC tests.”

Dodd said that upon receipt of samples, the lab ran several routine diagnostic tests to look for common causes of severe gastroenteritis in dogs, including parvovirus: “Test results from multiple platforms consistently identified parvo in the samples from affected dogs.”

Because parvo is so common in Michigan, there’s no mandate that confirmed cases be reported to the state, and Dodd said that limited her lab’s ability to determine the exact number of dogs infected during the outbreak. Fortunately, that didn’t lead to a delay in determining the cause of the infection: “Once received at the laboratory, the samples were immediately tested for parvo and the results were positive.”

Dodd added that the VDL continues to study the samples “in hopes of better understanding why those animals were testing negative on screening tests.”

For the moment, though, things in the Great Lakes State seem to be in hand: As Dodd noted, “We have not been informed of additional cases of the disease.”

John Ellis, DVM, PhD, DACVP, DACVM, a professor in the Department of Veterinary Microbiology at the University of Saskatchewan, and co-chair of the 2022 AAHA Canine Vaccination Guidelines task force, told NEWStat that the outbreak in Michigan underscores the importance of parvovirus as a core vaccine: “This virus is still endemic in pet and wild canid populations, and can emerge when immunity wanes or is absent,” he said. “It’s important to make sure that puppies get the full series of parvovirus vaccines, as they will have variable concentrations of inhibitory maternal antibodies at the time of their first immunization.”

As regards the discrepancy in test results, he said that the antigen detection tests used in clinics are often very useful, but that false negatives are possible.

Read up on the latest canine parvovirus protocols in the just published 2022 AAHA Canine Vaccination Guidelines.