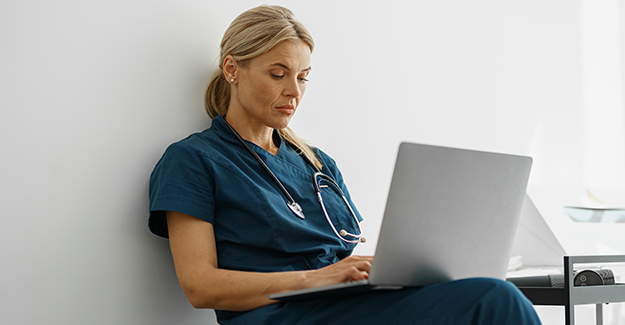 In the 15 years that she’s been a veterinary practice manager, Christen Lynch, BA, has seen her share of challenges.

“There are all sorts of staffing things that come up,” Lynch said. “How many call-ins do you allow before you terminate someone? Or what do you let nonlicensed techs do, versus licensed techs? And obviously, there are many patient care situations.”

And then there are the things no one can predict.

“It's been several years now, but we had a really bad tornado and storm in the area, and the kennel kids were in the yard, walking a dog. We have a big, fenced yard with a chain link fence. There was a clap of thunder, and the dog darted under the fence, got hit by a car, and died right in front of the clinic,” Lynch said.

It’s exactly this type of horrific scenario when Lynch said it’s most helpful to talk to other practice managers who understand all the potential implications. “I mean, how do you handle that type of situation?” She said, “obviously, it had the potential to be a social media and legal nightmare.”

When no one else understands

Practice managers are known for being the ones other team members turn to for support—but who supports them?

AAHA is starting a new group for practice managers in the association’s online AAHA Community. All members can access the community’s main Member Forum by logging in at community.aaha.org, but this group will be open exclusively to practice managers as a safe space to talk about the things only their peers can truly understand.

“Other practice managers can commiserate and know what you're going through,” Lynch said. “Sometimes I can talk to my best friend who does basically the same thing I do, but at a human hospital, but they have things provided [in human medicine] that just aren’t accessible in a small-animal practice, like HIPAA regulations and security guards."

Practice managers must be aware of every aspect of operations. “They're kind of like the octopus with all the tentacles in every area,” said AAHA Learning Programs Manager Judy Rose Lanier, CVPM, CVA, CSM.

“If there is a PIMS update, then practice managers are the IT department. They are HR. Sometimes, they are therapists. From time to time, they'll also be a veterinary assistant. They work up front as the CSR. Practice managers do everything,” Lanier said.

That means that some questions are best discussed with other practice managers, rather than airing the discussion for everyone to hear. In the community  group, AAHA practice managers will be able to get input on sensitive ethical challenges that have no easy answers.

“Especially if you've been a practice manager for a long time, you might think you’ve seen and heard it all, but there will always be that one situation—like, a team member found a way to get around an HR rule—where it would be great to put it out there and ask other practice managers if anyone else has ever experienced this, or to ask for suggestions on what to do,” Lanier said.

While discussing touchy subjects is encouraged, there are some guidelines. For example, no one is allowed to share personally identifiable information in the community, such as specific salaries or the exact amounts their practice charges for services. It’s OK to discuss hypothetical situations and ranges for dollar amounts, but it’s not OK to post, “We pay our vet techs $X an hour” or “We charge $Y for this service.”

Group members are also asked not to identify employees by name. Even though it is a private space, the intent is not to foster negativity, but rather to seek solutions that might be universally helpful to others in similar situations—now and in the future.

There are other online groups for veterinary practice managers, but what sets this group apart is that it's only for AAHA members.

“This is going to be a great place to discuss changes coming up regarding AAHA accreditation and updates to the standards,” Lanier said. “I know it sounds kind of cliché because it's the AAHA tagline, but it really is true that AAHA practices hold themselves to a higher standard. AAHA practice managers are always trying to come up with better ways to help their team members and their practices overall. This will be a space to get those creative ideas from other practice managers who are doing the same thing.”

Want to find out how Lynch handled that potential nightmare scenario with the escaped dog?  You or your practice manager will have to join the AAHA Community Practice Managers group.

The Practice Managers group is by request only. AAHA member practice managers can fill out the request form at aaha.org/community or email [email protected] to be added. Please only apply to this group if you have the title of practice manager or perform the duties of the practice manager. We'll be starting groups for other job titles in the future!

If you have questions about your AAHA membership status or are interested in becoming a member, please email [email protected]. Individual memberships are available, even if you don’t work at an AAHA-accredited practice.