What monkeypox means for pets 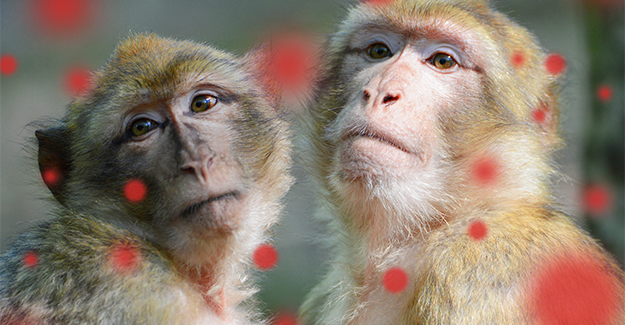 Monkeypox kind of snuck up on us.

It’s been a growing topic in the headlines for weeks, if not months, but most people have been so busy stressing about COVID rebounds and the highly contagious Omicron variants, concerns about monkeypox haven’t been top of mind for most.

That changed this past Thursday when the Biden administration declared monkeypox a public health emergency amid a sharply spike in the in the number of US cases. First identified in this country in May, the total number of US cases has risen to more than 7,000, a jump of more than 2,000 since last week, according to the United States Centers for Disease control and Prevention (CDC).

That might not seem like much compared to the 91 million COVID cases reported in the US since the start of the pandemic, but poxvirus expert Amy MacNeill, DVM, PhD, DACVP, told NEWStat it’s still cause for concern: “It’s pretty amazing how fast it’s spread.”

Monkeypox is a member of the Orthopoxvirus genus in the family Poxviridae. Similar to smallpox, it causes flu-like symptoms and skin lesions. MacNeill, an associate professor of microbiology, immunology, and pathology at Colorado State University, said monkeypox is rarely found outside Africa, where it’s endemic.  The virus is transmitted from one person to another by close contact with lesions, body fluids, respiratory droplets and contaminated materials such as bedding.

And while related to smallpox, monkeypox is—fortunately—both less contagious and less severe, and it’s treatable with the same vaccines used to treat smallpox, which was eradicated in 1980.

MacNeil calls the slow response to the outbreak by public health agencies in the US “frustrating,” especially given how quickly they’ve responded to past outbreaks: “Because we do have tools to control these outbreaks and we’ve done it before.”

That was in July of 2003, when the US experienced a monkeypox outbreak in which 72 people from six midwestern states were either confirmed or suspected to have the West African strain of the virus—the same strain we’re seeing in the US now.

Despite its name, monkeypox is more common in rodents than in monkeys, and the 2003 outbreak began when a shipment of infected rats shipped from Africa to an exotic pet dealer in Chicago was briefly stored next to a container of prairie dogs, also slated for sale in US pet stores. The virus jumped from the rats to the prairie dogs, and from the prairie dogs to people. Fortunately, MacNeill said, public health agencies were on top of things. “They contained it.”

That’s the kind of response she expected this time. “And that’s not what we’ve seen.”

“The types of species we’ve found monkeypox in are rodents and squirrels, some hedgehogs, and primates,” MacNeill noted. Bottom line, she said, we don’t know for sure if cats and dogs can get it, because we know they can get cowpox which is very similar to monkeypox. “But I haven’t heard of any cases yet,” she added.

So despite the likelihood of infection, what should pet owners who are worried about monkeypox do to  protect their pets?

And if you do get monkeypox, isolate, and have somebody else take care of your animals until you’re better.

“Something we’ve had plenty of practice at with COVID,” she added.