COVID-19 Update: AAHA staff is currently working remotely and will support our members virtually. All orders are currently shipping as normal.
Click here for more information.
AAHA Are you smarter than a specialist? Find out this May at Connexity AAHA publications NEWStat New Jersey awaiting governor’s signature on Pet Purchase Protection Act 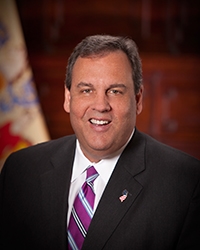 On December 18, by unanimous vote, the New Jersey legislature passed the amended Pet Purchase Protection Act, which requires that pet store owners disclose the source of the puppies they sell. The bill also blocks stores from obtaining animals from breeders who are not in compliance with state and federal animal care and welfare laws. The bill is awaiting the signature of Gov. Chris Christie (pictured).

The bill requires pet stores to provide consumers with breeder information about each cat or dog being offered for sale. Information must be posted on each cage or enclosure in a pet shop or pet dealer premises and in Internet and print advertisements. The bill also requires pet stores to post instructions for consumers to electronically access United States Department of Agriculture (USDA) inspection reports for breeders that are licensed by the USDA, and establishes a $500 penalty for failure to comply with these requirements.

The law passed despite a last-minute drive by the Pet Industry Joint Advisory Council urging New Jersey residents to tell lawmakers to defeat the bill. The PIJAC estimates as much as 40% of the dogs and cats sold in New Jersey pet stores come from breeders that are not licensed by the USDA.

"This legislation reaffirms New Jersey's firm stance against breeders who fail to meet USDA standards or have a record of mistreating animals," said Sgt. Bob Andrzejczak, one of the bill's sponsors.

Also in December, the New York City Council passed a law with provisions similar to the New Jersey law--and more. The City also requires that dogs and cats sold at city pet shops be spayed or neutered and microchipped (and dogs licensed) before they can be sold. And, the council banned the sale of rabbits to curb "a glut of unwanted rabbits at city shelters."