Dog and cat film festivals tell stories, give back 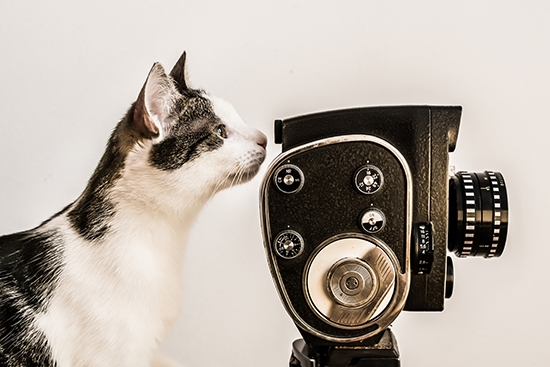 Who says all great films need to speak to the human condition?

This year, the first annual NY Cat Film Festival will debut on November 5. Right alongside it will be the NY Dog Film Festival, celebrating its third year.

The films celebrated by the cat film festival are not meant to be the run-of-the-mill cat videos you can catch on YouTube. Rather, the films are made with a narrative, delivering a concept or story that conveys something essential about how cats fit into our world.

The films can be narrative, documentary or animated and of any length—although a less than 30-minute runtime is preferred.

Both film festivals were brought into existence by Tracie Hotchner, who wrote The Dog Bible and The Cat Bible. She hosts the show Dog Talk on NPR and hosted Cat Chat as a live call-in on Sirius/XM for seven years.

Hotchner said she was inspired to start the NY Dog Film Festival when she heard about the huge success of the Cat Video Festival in Minnesota: “I knew that dog lovers would be just as thrilled to come together and experience their favorite species, so I created the annual NY Dog Film Festival.”

After a few years though, it came back to the cats. “I appreciate that cat lovers are the underserved pet owning population,” Hotchner said.

The Dog Film Festival celebrates the human-canine bond and gives back. After showing in New York, the film festival travels across the country and partners with an animal welfare organization at each stop. The organizations that partner with the festival then receive a proceed of the ticket sales and have the opportunity to educate attendees and bring dogs that they can adopt.

A few winners from the second annual Dog Film Festival include “My Trail Dog,” a 5-minute short about a man who runs the Alps with his dogs, and “Steadfast Stanley,” an animated film about canine loyalty.

The Cat Film Festival will provide a similar opportunity for cats. Both festivals will travel across the country in 2018 to 21 states and more than 40 cities to bring these stories to all animal lovers. While the festival itself might not happen until November, film submissions are due no later than September 1, which means you might want to get cracking on your next film.