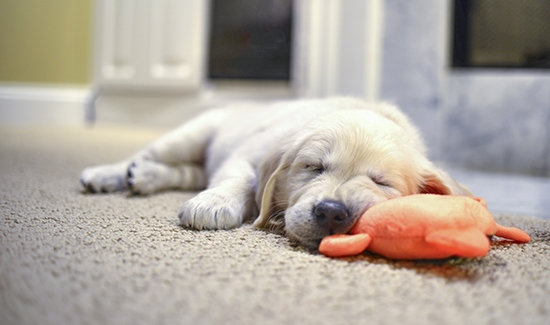 Looking at pictures of puppies and bunnies could give you a more positive impression of your spouse.

A team of researchers at Florida State University studied whether it was possible to improve marital satisfaction by retraining the automatic associations that come to mind when people think about their spouses.

Participants consisted of 144 married couples, all under the age of 40 and who had been married for less than 5 years. Each spouse looked at the images once every three days for six weeks. In one group, the images included pictures like puppies or positive words with images of the spouse. In the other group, the images were more neutral, like pictures of buttons.

Every two weeks, the researchers would test automatic partner attitudes they did this by having the participant choose the emotional tone of positive and negative words after quickly glimpsing a series of faces, including their spouse.

Participants who were exposed to positive images showed more positive automatic reactions to their spouse over the course of the intervention compared to those who looked at more neutral pictures. The researchers suggest that the findings could be used as one aspect of marriage counseling or a resource for couple in difficult long-distance situations, such soldiers deployed overseas.

Cute animal pictures certainly aren’t the only solution to attitudes in a relationship, but looking at picture of your partner after browsing cute animal photos online might make you feel a little happier when you get home.