Breakthrough bone cancer vaccine for dogs could help humans, too 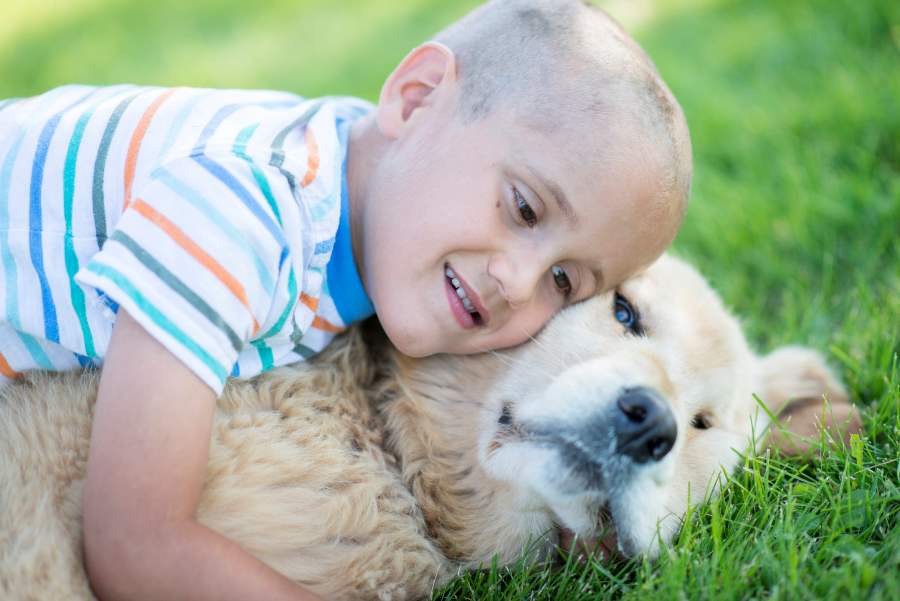 Imagine coming up with cures for human disease through laboratory testing on companion animals and coming up with a cure for the same disease in the animal while you’re at it?

Talk about a win-win.

Researchers at the University of Missouri (MU) aren’t quite there, but they’re getting close.

In a first-of-its-kind study, scientists at MU have teamed with ELIAS Animal Health to come up with a patient-specific, precision treatment for osteosarcoma (bone cancer) in dogs. The treatment involves creating a vaccine from a dog’s own tumor—a treatment that avoids the toxic side effects of chemotherapy and (here’s the win-win part) also opens the door for future human clinical trials.

While bone cancer isn’t common in humans—only about 800–900 new cases are reported each year in the US, roughly half of which occur in children and teens—it’s a lot more common in dogs: more than 10,000 cases a year in the US alone.

The dogs in the study received only immunotherapy during the clinical trials—no chemotherapy. Overall, the dogs receiving the vaccine had more than 400 days of remission, an unprecedented result. This study marks the first time that dogs with osteosarcoma have experienced prolonged survival without receiving chemotherapy.

NEWStat reached out to Jeffrey Bryan, DVM, MS, PhD, DACVIM (Oncology), a professor of oncology at MU’s College of Veterinary Medicine, director of the school’s Comparative Oncology and Epigenetics Laboratory, and one of the study’s lead researchers, to find out more.

NEWSTAT: Could you briefly describe the treatment and how it works?

JB: [The treatment] uses the dog’s own tumor cells as a vaccine to stimulate the immune system against mutated tumor proteins. This causes lymphocytes (immune cells) against these proteins to be generated. Lymphocytes are harvested by apheresis from the bloodstream, are grown to large numbers in cell factories by ELIAS, and activated to cause them to attack cells that display their protein of interest. Among these activated lymphocytes will be antitumor killing cells to eliminate tumor cells in the body. This specific attack does not kill other rapidly dividing cells like bone marrow or intestinal cells in the way chemotherapy does. The body also develops a memory of immune targets, which may lead to long-term control of tumors.

NEWSTAT: Does this new treatment show any promise in treating other types of cancers besides bone cancer?

JB: The approach will likely work for other types of tumors. The company plans conduct studies to expand the number of tumors its therapy treats.

NEWStat: Is this a vaccine that could be given to dogs to prevent bone cancer? Or only to mitigate it once the dog has it?

JB: This is only therapeutic after diagnosis.

NEWStat: Could veterinarians do the procedure in their hospitals, or will it be something a specialist would have to perform?

JB: The collection of the tissue and administration of the vaccine and T-cell infusion could theoretically be performed by any veterinarian trained in the procedures. The apheresis to collect lymphocytes will need to happen at one of the currently established centers in the country.

NEWSTAT: What inspires you to do this research?

JB: I have lost many patients over the years to this terrible disease, and conduct this research in their memory and honor.

NEWStat: Other reports on this treatments focus on its potential for treating humans with osteosarcoma, which is understandable. But do you have any estimates for veterinary professionals on how long before this method might be part of a regular protocol to treat dogs with bone cancer?

JB: This is the most exciting part; the procedure is currently available commercially [through ELIAS Animal Health]. The company is working toward USDA approval.

NEWSTAT: Can we call this a cure for cancer? Or, at least, a cure for certain types of cancer in canines?

JB: This is too soon to call [it] a cure. This pilot study showed clinical control of a very aggressive cancer using immunotherapy alone following surgery in a protocol with no chemotherapy.

NEWSTAT: What would you call it?

Bryan and his colleagues plan to continue their research with dogs in the hope of optimizing the new therapy for future human clinical trials with the goal of one day treating osteosarcoma and other cancers, especially metastatic osteosarcoma in children.

They’re currently conducting another immunotherapy trial with a grant from the Morris Animal Foundation through the National Cancer Institute Comparative Oncology Trials Consortium.

Here’s hoping for the win-win.