Due to an increase in recent call volume, wait times for inbound calls have been longer than usual.
Our members are very important to us as are their questions and inquiries.
We will get to your call as soon as we can; please email [email protected] at any time for additional assistance.
AAHA AAHA publications NEWStat Study: Cats know quite well when you call them by name

Study: Cats know quite well when you call them by name 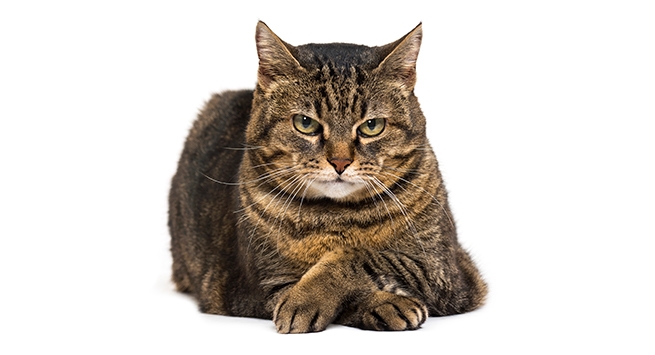 At least, that’s a reasonable conclusion to draw from a new study by Japanese researchers that suggests household cats can respond to the sound of their own names.

Researchers analyzed data from 78 different cats in the study, which was broken into four separate experiments carried out over three years. The cat cohort was a mix of male and female, most were mixed breeds, and all but one were indoor-only cats. Ages ranged from 6 months to 17 years, and most were spayed or neutered. All but one came from single- or -multi-cat households; the lone exception was a cat who came from a cat café.

First, the researchers needed to establish if the cats could tell the difference between their names and other words that people say to them.

In the experiments, a person spoke four different words serially as habituation stimuli then said the cat’s name. The words chosen were nouns with the same length and accents as the cats’ names. If a cat acted differently when she heard her name, the scientists would know that she was able to distinguish it from other words.

To learn more about the study’s findings, NEWStat reached out to Atsuko Saito, PhD, a behavioral scientist at the University of Tokyo and corresponding author on both studies.

Those responses included moving their ears, heads, and tails, and meowing.

As to how cats recognize their own names, Saito said, “They might associate hearing their names with a getting a reward, such as food, or receiving what they might see as a punishment, such as a visit to the hospital.” But as far as recognizing what their names actually mean, Saito said, “I don’t think cats know the meaning of names, at present.”

The researchers also had people unfamiliar to the cats speak their names. Although their responses were less pronounced than when their owners called them, the cats still appeared to recognize their names after being habituated to other words.

Finally, it was time to ask the hard questions: If cats recognize their names, why don’t they come when we call them? Are they ignoring us?

“I think so,” Saito said. “Cats have not evolved to respond positively to human cues. They’ll communicate with humans when they want.”

That’s cats for you. But then, you knew that.