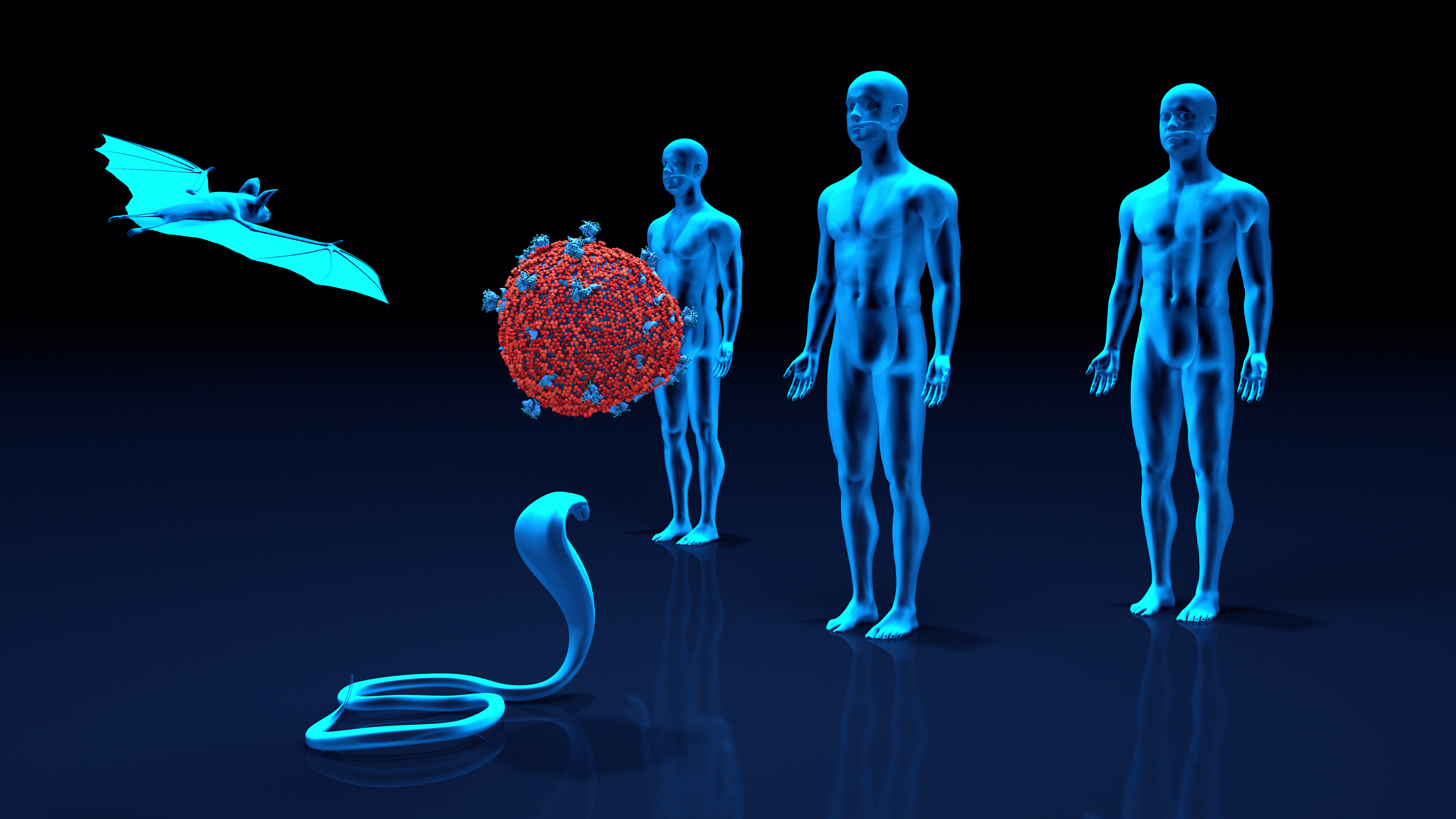 When reports of cats and dogs catching SARS-C0V-2, the virus that causes COVID, from their owners first surfaced early in the pandemic, there were widespread fears that it could lead to rampant transmission of SARS-CoV-2 from animals back to people.

Although those fears proved to be unfounded—as of July 5, the US Centers for Disease and Control (CDC) maintains that, based on the available information to date, the risk of any animal spreading SARS-CoV-2 to people is low—a study published last spring in the journal Ecology Letters found that humans might give viruses back to animals far more often than previously thought.

In the study, “Assessing the risk of human-to-wildlife pathogen transmission for conservation and public health,” the authors describe nearly one hundred different cases where diseases have undergone “spillback” from humans back into wild animals, in much the same way SARS-CoV-2 has been able to spread in mink farms, in zoos (to lions and tigers), and in the wild to white-tailed deer.

The study is part of a National Science Foundation-funded project called the Viral Emergence Research Initiative that used data science and machine learning to study the science of the host-virus network—a new field that could help predict which viruses can infect humans, which animals host them, as well as when and why they might emerge.

NEWStat reached out to lead author Anna Fagre, DVM, PhD, MPH, a veterinary microbiologist at the Center for Vector-borne Infectious Diseases at Colorado State University Center to find out more.

NEWStat: What inspired the researchers to undertake the study?

Anna Fagre: When conversations began percolating early on in the pandemic surrounding the potential for COVID-19 to be transmitted from humans back into animal populations, many researchers began examining domestic animals for evidence of infection. Other researchers raised concerns around spillback into free-ranging or captive wildlife populations. [We] found ourselves asking, “How often does this phenomenon occur? Has it been well-documented and systematically characterized? Which pathogens tend to move from humans into wildlife most frequently?” [While reviewing previous studies], we identified a gap in the literature reviewing all of these reports. We decided to start gathering the data in a way that would allow us to try to answer these questions, or at least frame priorities for future spillback research.

NEWStat: What does spillback mean in this context?

AF: Spillback—also known as zooanthroponosis—is the transmission of pathogens from humans to animals. [The term] was adopted in the realm of viral ecology largely in response to use of the term spillover [which was] frequently used to characterize pathogen transmission from wildlife to humans or domestic animals.

NEWStat: Almost half of the spillover incidents identified occurred in captive settings like zoos. Why do you think is?

AF: This result to us helped reiterate the role that sampling bias likely plays in shaping our knowledge base surrounding pathogen presence in wildlife—something that likely won't come as a surprise to scientists and veterinarians working with free-ranging or captive wildlife. You're more likely to find something if you’re actively looking for it, and when we’re only conducting passive (or otherwise opportunistic) surveillance, it’s impossible to know what we’re missing.

Now, that’s not to say that describing transmission in zoos and other captive settings when it does occur isn’t helpful. These reports have shed new light on species susceptibility to viruses, bacteria, parasites, and fungi.  They’re instrumental in understanding pathogens’ host range. The problem is that they're only illustrating a small part of a potentially much larger picture.

NEWStat:  What do the findings suggest about cross-species transmission events we might be missing?

AF: The reports on spillback that we’re seeing in the literature, while instrumental in characterizing susceptibility, may not reflect exposures occurring in the wild. They are likely just the tip of the iceberg.

AF: Long-term monitoring, or longitudinal/prospective surveillance, is critical in establishing a baseline for a population. From there, we can more acutely identify seasonal variations and shifts, in addition to increases in pathogen prevalence that may be reflective of anthropogenic disturbances or other external stressors. With climate change impacting the geographic expansion of disease vectors (e.g. mosquitoes, ticks) and spurring extreme heat and weather events in the habitats that wildlife call home, we are at a critical turning point in investing in longitudinal surveillance programs.

NEWStat: What can veterinary staff hospitals do to help mitigate the risk of cross-species transmission?

AF:  I think in addition to employing evidence-based biosafety and biosecurity practices, veterinarians are incredibly positioned as community leaders and educators. With resources from groups like the Companion Animal Parasite Council, CDC, and state Departments of Health at our fingertips, we can share this information with clients and their families in a way that’s personal and memorable.

In fact, I still remember my family’s veterinarian explaining roundworm transmission to me, and I couldn't have been more than 8 years old.