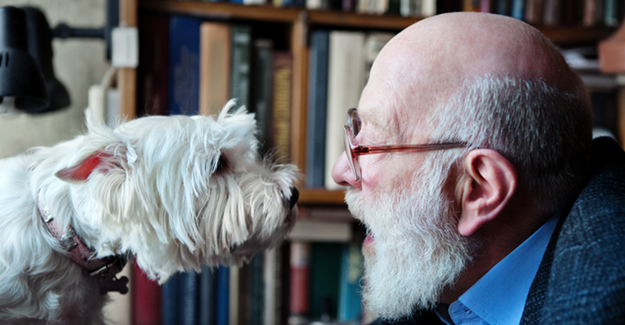 Editor’s note: One Bond is a recurring column on One Health and the human-animal bond. Catch up on Emily’s first two One Bond columns on veterinary social work and potential new treatments for feline infectious peritonitis (FIP).

For thousands of years, humans have been searching for a fountain of youth to live longer, healthier lives. As companion animals occupy more of a cherished, central role in our lives, we naturally wish to pursue these benefits for our pets as well. While advances in preventive medicine, nutrition, sanitation, and diagnosis and treatment of disease have added greatly to the quantity and quality of life for humans and animals, there is still much to be learned about aging processes in dogs and how aging affects disease in both dogs and people.

That’s why a group of researchers in the fields of veterinary medicine, aging biology, human medicine, and other related disciplines have joined forces to study aging in dogs and its effects on disease and lifespan.

​One of these investigators, Audrey Ruple, DVM, MS, PhD, DACVPM , MRCVS, associate professor of population health sciences at the Virginia-Maryland College of Veterinary Medicine, became “captivated” by the idea of One Health while in veterinary school. During her studies, she learned that it was not just infectious diseases that animals and humans shared in common. She developed a special interest in cancer outcomes in dogs and humans, which led her to complete a PhD in cancer epidemiology. When she discovered the Dog Aging Project, she couldn’t pass up the opportunity to be a part of it.

The goal of the Dog Aging Project is “to understand how genes, lifestyle, and environment influence aging” in order to “help pets and people increase healthspan, the period of life spent free from disease,” according to its website.

Founded in 2014, the Dog Aging Project is comprised of researchers from various US institutions, citizen scientists (the dog owners who volunteer to provide data on their dogs), and the DAP pack (the dogs enrolled in the study).

With a grant from the National Institute on Aging obtained in 2019—and as a part of what Ruple believes is the largest such veterinary study to include citizen scientists—a variety of research projects have already been conducted evaluating aspects of aging and age-related diseases in dogs, and the project is expected to continue collecting data for at least 10 years.

Why study aging in dogs?

There are multiple benefits to studying aging in dogs, both for the dogs themselves and for humans. Dogs and humans share many of the same diseases, most which have advanced age as one of their primary risk factors.

Ruple points out that dogs can also act as sentinels for humans, since they live together and therefore are affected by environmental pressures in similar ways.

Dogs usually have much shorter lifespans than humans, allowing both positive and negative effects of various factors to be measured more quickly. Studying pet dogs also lets researchers see how dog aging and disease are affected by the diversity in genotype and environmental conditions present in the real world, versus a more limited and artificial laboratory setting.

Dog owners can make excellent citizen scientists as well, since they are intimately familiar with the health and habits of their dogs and can report changes that a laboratory researcher might miss.

Among the exciting areas of research is a clinical trial evaluating rapamycin, a drug that is FDA-approved for use in humans to prevent rejection after an organ transplant, for patients with cardiac stents, and for treatment of certain forms of cancer.

While rapamycin is often referred to as an immunosuppressive drug, its exact effects on the immune system depend on the dose and regimen in which it is administered. In some cases, immune function is enhanced with this drug. The interest in rapamycin as an anti-aging agent stems from its inhibition of the mTOR pathway, which Ruple states is implicated in cellular aging processes.

While this initial DAP clinical trial involved only 24 dogs, the results thus far have been promising, both in terms of safety and efficacy. No side effects were noted in dogs taking a non-immunosuppressive dose of rapamycin. Additionally, treated dogs showed improvement in heart function (measured by echocardiography) after taking rapamycin for just 10 weeks, in contrast to dogs treated with a placebo.

This study paves the way for future studies in dogs that can include a larger number of dogs and a longer rapamycin treatment period. Pending a positive response in dogs, future clinical trials evaluating the effects of rapamycin as an anti-aging agent in humans may be possible.

Other studies examine the relationship between dogs in the DAP pack and their owners, Ruple adds. Investigators have examined the effects of interaction with dogs on healthy aging in humans—including measuring the effects of human-dog interaction on human physical health and mobility, socio-emotional and cognitive health, and “social capital,” defined as increased trust between people who don’t know each other.

In the future, researchers hope to compare health outcomes experienced by these citizen scientists with those of their dogs.

Get involved with the Dog Aging Project

When asked how veterinary professionals can contribute to the work of the DAP, Ruple points out a need to help explain to dog owners the importance of participating in this long-term research so that we can make better recommendations for dog health in the future.

The Dog Aging Project is also still enrolling dogs of all breeds and ages, including mixed-breed dogs. Interested dog owners can go to dogagingproject.org and click on “nominate your dog” in the upper right-hand corner. Some geographic locations need more dogs in certain age groups. 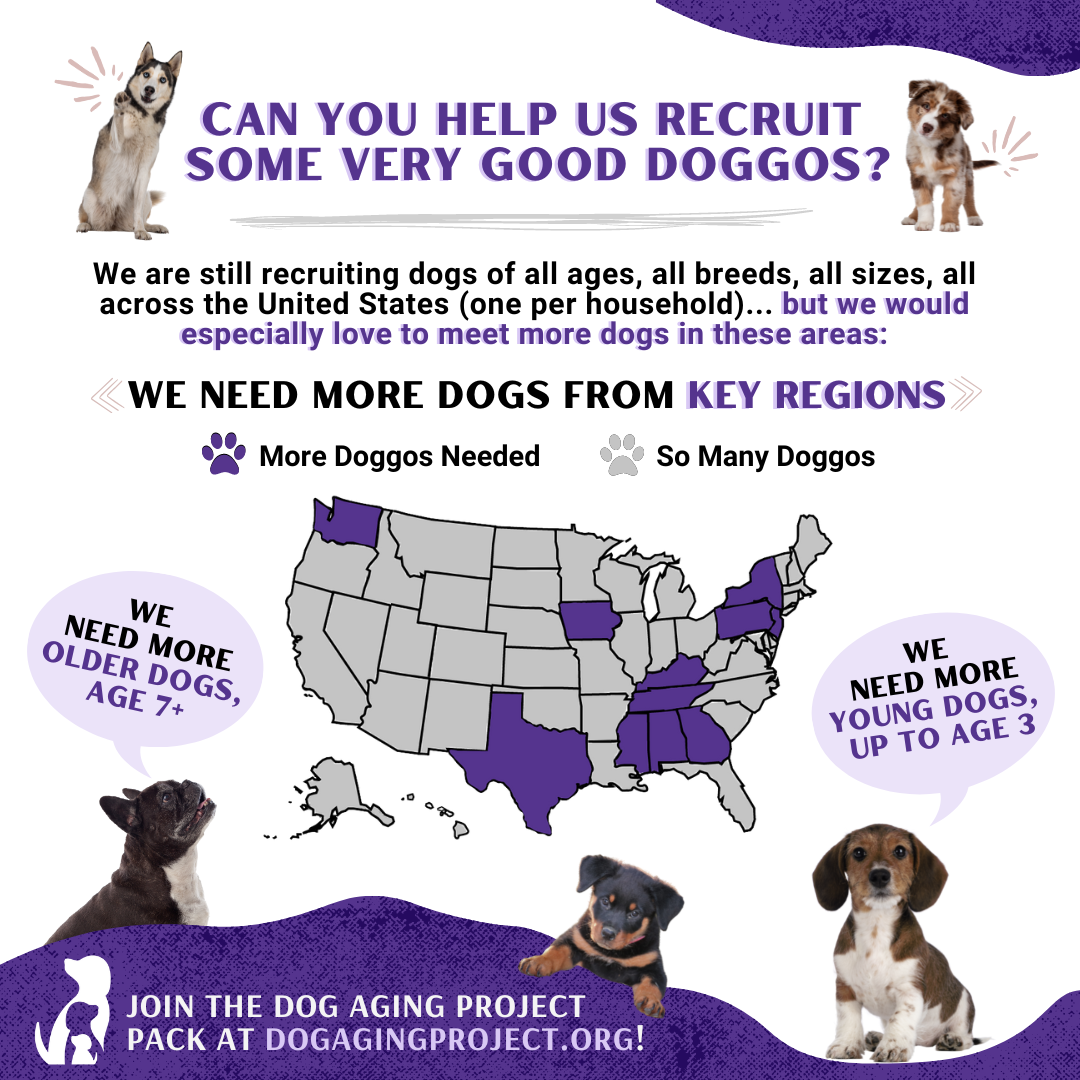 Emily Singler, VMD, writes this monthly column for NEWStat exploring One Health and the human-animal bond. She is a 2001 graduate of Penn State University and a 2005 graduate of University of Pennsylvania School of Veterinary Medicine. She has worked in shelter medicine, private practice, and as a relief veterinarian. She currently works as a veterinary writer and consultant and has her own blog, www.vetmedbaby.com.