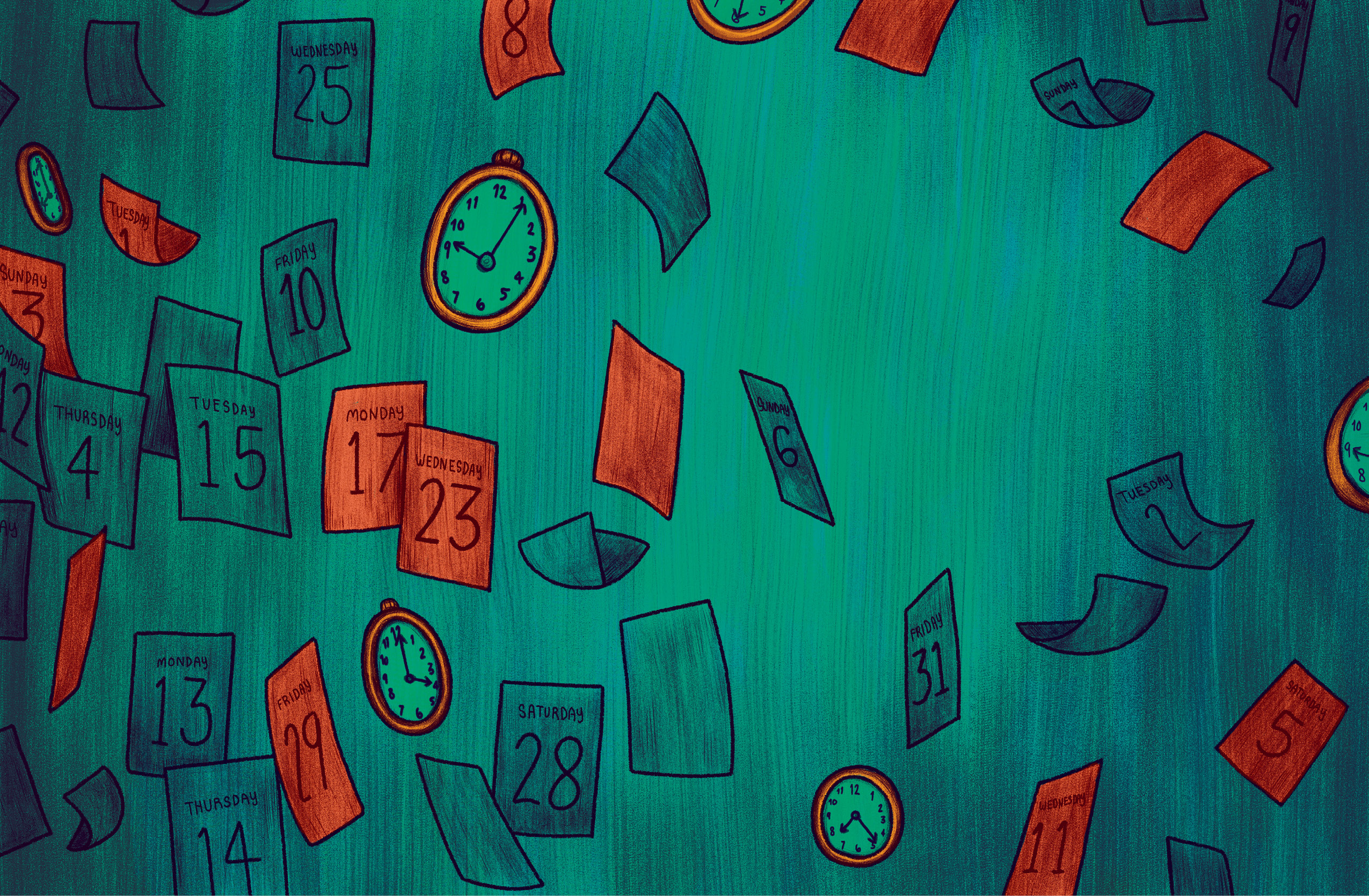 WHEN JANET JOHNSON, CVT, FIRST STARTED WORKING at AAHA-accredited Teegarden Veterinary Clinic in Washington, Illinois, everyone on the team was scheduled to work five 8-hour shifts per week. But there was always a rush at 4 p.m., right when the morning shift was supposed to end. So the practice implemented an alternative workweek for technicians and support staff: four 10-hour workdays.

“It’s worked out great. If we check in a surgery at 7:15 in the morning, then I’m here at 5 p.m. to release my surgery and talk to the owners about what happened and what they need to do to follow up,” she said. “I don’t have to explain to the other technician, ‘This is what we did in surgery’ because I’m working the entire day here. We’ve been doing this a long time, and I absolutely love it.”

A growing number of animal hospitals are embracing alternative workweeks, also called compressed workweeks, as a benefit for employees—and to boost productivity and staff retention.

Lisa Horn, director of congressional affairs and leader of the Workplace Flexibility Initiative for the Society for Human Resource Management, said compressed workweeks are part of a larger movement to create flexible work arrangements for employees in many industries, including the veterinary field. Other offerings include telecommuting, flexible scheduling, and predictable scheduling (having a set schedule). 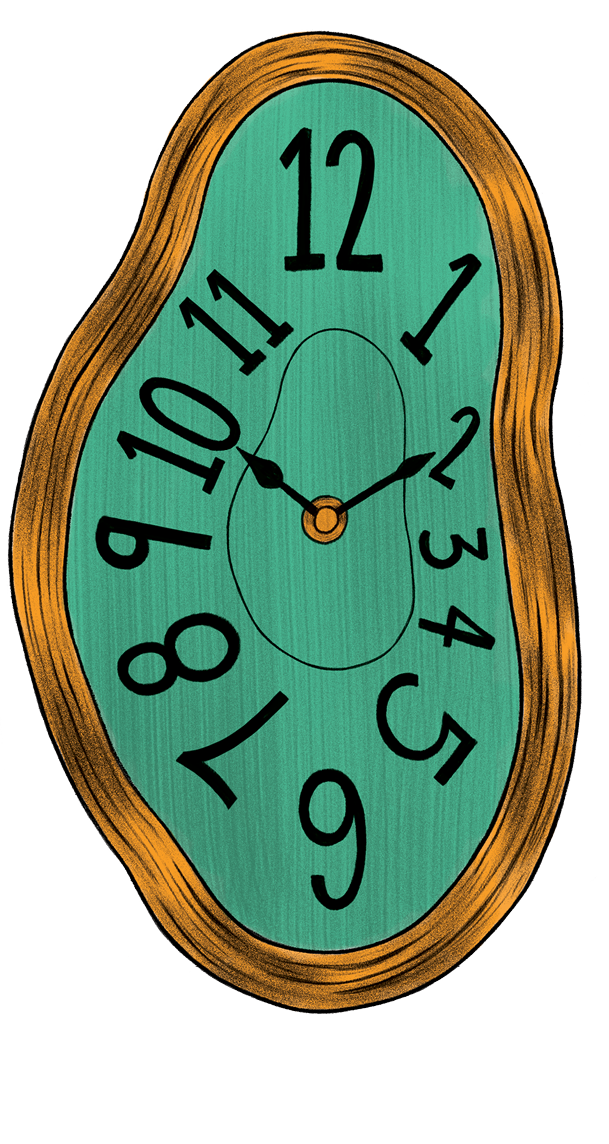 “We often say that companies that aren’t adopting or implementing these strategies now really run the risk of putting themselves at a competitive disadvantage going forward.”
—LISA HORN

“We very much see workplace flexibility as a business strategy,” Horn said. “It helps organizations achieve a number of bottom-line business benefits.”

Horn said those benefits include helping with recruitment and retention—“keeping the best and brightest”—by generating employee loyalty and engagement while reducing absenteeism.

“We know greater engagement often times results in greater productivity of employees, better customer service, and better client relations,” she noted. “There’s just a whole host of business reasons to do it, but there’s also a growing need amongst the workforce for ways to work differently, to help them navigate their work and life demands.”

A Privilege, Not a Right

When introducing a new scheduling option, such as a compressed workweek, Horn advises communicating to staff that any flexible work arrangement is a privilege: The work still has to get done, results need to be obtained, and management will be able to revisit whether it’s working for the employee or employer at any time. Many veterinary professionals will jump at the chance to save money on gas or childcare with an extra day off.

“There can be a lot of upsides for both employers and employees if expectations are clearly communicated,” she said. “The data that we [get] through our national study of employers every two years continuously [show] a trend line of greater adoption of employers of these different flexible workplace arrangements because employees are increasingly demanding them. We often say that companies that aren’t adopting or implementing these strategies now really run the risk of putting themselves at a competitive disadvantage going forward.”

Barbara Hjermstad, hospital manager of AAHA-accredited Riverview Animal Hospital in Durango, Colorado, said the practice often makes special scheduling arrangements to help retain high-quality employees. For example, one valued CVT is a single mom who works shorter days so that she can drop off and pick up her young daughter from school; during summer vacation, she works four 10-hour days like the rest of the team.

A veterinary assistant studying to become a certified technician was permitted to drop a day of work to accommodate her online classes. A receptionist who landed a second job requested a set schedule so that she could have two jobs—which was granted. Now at least half of the staff has a permanent schedule, so they know when they’ll have days off.

“We value our employees and respect their life situations,” she said. “We want to keep them on our team, so we make exceptions to do that.”

Since being promoted to hospital manager, Hjermstad works five 8-hour days to keep things running smoothly throughout the week and sometimes checks in on weekends. She finds her more traditional schedule refreshing after years of early mornings while working the four 10-hour days that are standard at the practice.

“As I was getting older, it was getting harder, but I’m the oldest one here,” she said with a laugh. “It can get hard, but no one’s really asked to work five days. I have had people tell me, ‘I still want to do four 10s, but I don’t want to do four 10s in a row.’ By the end of the fourth day, you’re just toast, so I will break it up.”

If an employee has a couple of particularly hectic days or has had to stay later than normal, Hjermstad will look at upcoming appointments, and if the schedule doesn’t seem too busy, she’ll tell them to come in an hour later than usual.

“We will do that in recognition of people’s hard work,” she said.

Katie Chamberlin, practice manager at AAHA-accredited Morris Animal Hospital and Laser Surgery Center in Granger, Indiana, works from 9 a.m. to 5 p.m. five days a week but has a flexible schedule that allows her to work longer days if she’d like to take a day off during the week. The rest of the full-time staff works four 10-hour days.

“I believe the most valuable benefit to staff with this type of workweek is that they have a day off during the week to take care of personal things, such as doctor appointments or other errands they might not be able to do on a weekend,” she said. “The downside to this type of workweek is, of course, the long days on your feet. Those long days can be both physically and mentally exhausting.”

So she urges team members to take care of themselves by eating right, exercising, and wearing appropriate shoes to help make it through the longer days. Lunches are usually extended to an hour and a half, and there’s even a futon in the lounge if an employee wants to “power nap” during their lunch break.

“Having staff on an alternative workweek actually allows for a lot of flexibility in scheduling staff,” Chamberlin shared. “I believe it cuts down on requests from staff to leave early or ask for special accommodations when they know they will have a full day off during the week to handle anything personal in their schedule. More importantly, it gives them a day to decompress from a job that has many ups and downs.”

“Being in the veterinary field, we don’t get out on time; it was never really three 12s,” she recalled. “Even though you had more days off, you were so exhausted on that fourth day. It takes a while to catch up.”

Now at Holden, she works five 8-hour days while the rest of the staff (except a new hire in training) works four 10-hour days. The practice is open only Monday through Friday to help staff maintain a healthy work-life balance.

In Massachusetts, overtime starts at a 40-hour workweek, so Mercurio schedules 36-hour weeks to provide a few hours of buffer for when shifts run longer than scheduled. If someone calls in sick, another employee might come in on their day off to cover a couple of appointments before returning home.

“We have made adjustments on the fly like that or given them longer lunches to get things done or just take a break from [the hospital],” she said.

In 2010, she said the leadership team decided to try four 10s to give everyone, including veterinarians, an extra day off—one that was the same each week, such as always having Wednesday off.

“We value our employees and respect their life situations. We want to keep them on our team, so we make exceptions [to work schedules] to do that”
—BARBARA HJERMSTAD

“It’s definitely a perk. . . . I asked the staff to try to get their stuff done on that day off, like their doctor appointments, car appointments, and kid appointments, so that they’re not interrupting the workflow on their other four days,” she said. “Sometimes they’re like, ‘My normal day off is Wednesday, but I have a specific doctor that can only see me on Thursday.’ But for the most part, they try to do those things on the day they’re scheduled to do them.”

Mercurio herself doesn’t get many sick days, but she can log in remotely to the practice software and work from home if need be. Creating a flexible workplace has been a success, she said.

“There are some growing pains at the beginning, trying to get the schedule situated,” she said. “I do think that it’s going to help in the long term. Everybody having a nice work-life balance is definitely worth it because there is a ton of burnout in this field, which everybody knows. This is one thing that will help; I recommend it for scheduling and as an employee benefit.”

Lee Allen, director of operations at AAHA-accredited Happy Tails Veterinary Emergency Clinic in Greensboro, North Carolina, said the practice is a traditional emergency room that’s open on weeknights and 24 hours a day on weekends and holidays. But the practice doesn’t adhere to the “classic” ER schedule in which a veterinarian works seven nights in a row and then has a week off or works for five days and then has two days off. 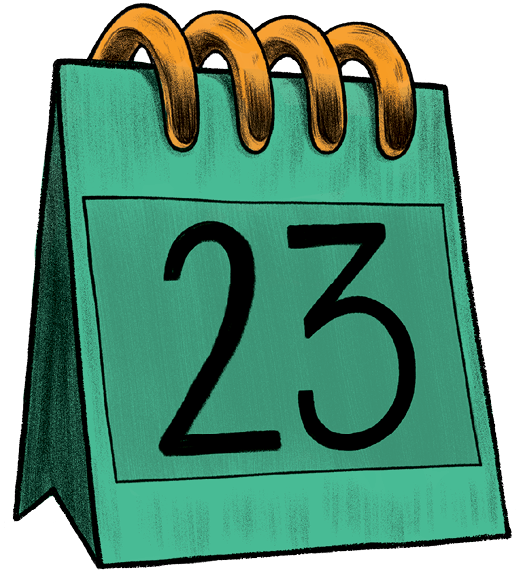 “We generally have found that alternating their schedule to where they’re not working every single weekend, and we’re combining some weeknights, helps with their work-life balance as much as possible because they’re only working 12 shifts out of the month,” he said.

Veterinarians working 14-hour overnight shifts on weeknights typically can sleep for about three to four hours during their shift (depending on the number and frequency of emergencies) and still be able to complete their medical records, he said. Technicians will work two days in a row then be off for three before working another two 10- or 12-hour shifts. Scheduling also depends on anticipated client needs.

Varying the schedule as well as the roles within a shift helps decrease a sense of monotony and boost morale, he added. Staff might work in ICU, triage, or as “client communicator” in any given shift.

While Allen acknowledged there’s no perfect schedule, he said the practice strives to evolve and learn along the way. He suggests that practice managers and owners interested in alternative workweeks talk to colleagues about what works at their hospitals and then adapt it to their own.

“You don’t have to do exactly what those people recommend. Every business is different; they run their business differently, [and] they have different staff,” he advised. “There’s nothing wrong with molding other people’s thoughts and suggestions into your own. Adapt ideas to your own individual needs.”